The body of a missing 25 year-old man has been found inside the stomach of a giant reticulated python in Indonesia. 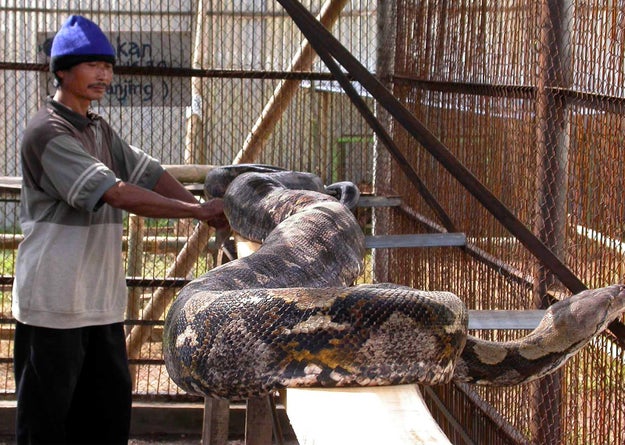 A 21-foot long reticulated python in Indonesia in 2003.

“People had heard cries from the palm grove the night before Akbar was found in the snake's stomach,” Salubiro village secretary Junaedi told Jakarta Post. “When the snake was captured, the boots Akbar was wearing were clearly visible in the stomach of the snake. Resident[s] cut open the belly of the snake and Akbar was lifeless.”

Junaedi said that a wound found on the victim's back indicates that Akbar was probably ambushed from behind.

A graphic eyewitness video of the snake being cut open to reveal Akbar’s body was posted on YouTube by Indonesian media outlet Tribun Timur. 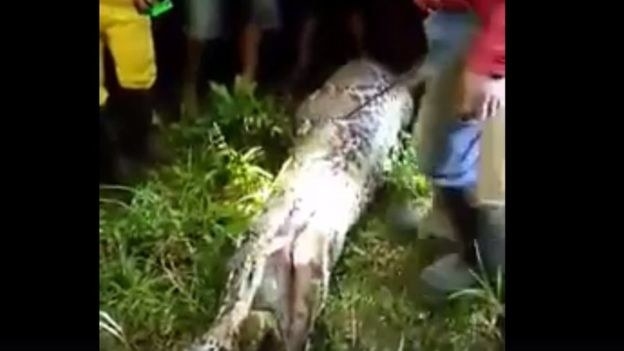 Reticulated pythons are the longest snakes in the world and among the heaviest. They are common throughout southeast Asia and typically feed on small to medium-sized animals, such as monkeys, boar, and wild dogs.

The snakes are nonvenomous constrictors and attack by biting their prey and suffocating it to death, before swallowing it whole.

Reticulated python attacks on humans are very rare. The last python-caused fatality in Indonesia was in 2013, when a security guard at a Bali resort was strangled while trying to remove the snake from the area.