Ivanka Trump is on the cover of this week’s Us Weekly along with the headline: “Ivanka Takes A Stand: Why I Disagree With My Dad.” 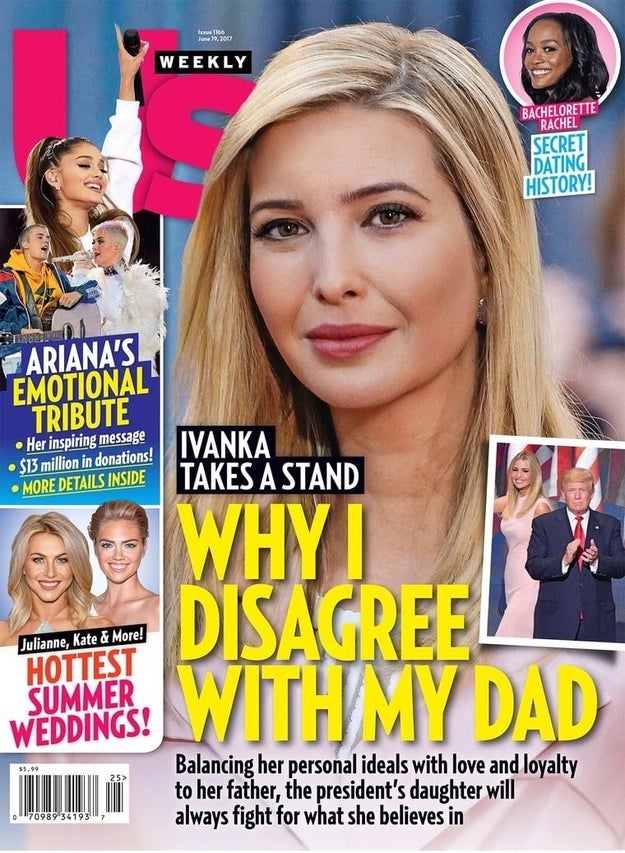 The story, which quotes multiple sources close to the first daughter and official assistant to the President, says Trump was “disappointed” by her father's decision to withdraw from the Paris climate agreement but has “learned to take such defeats in stride.”

“Sometimes she and Jared are a big influence on Donald and sometimes he takes other opinions into account and does something they disagree with,” one source told the magazine. “They win some and they lose some.”