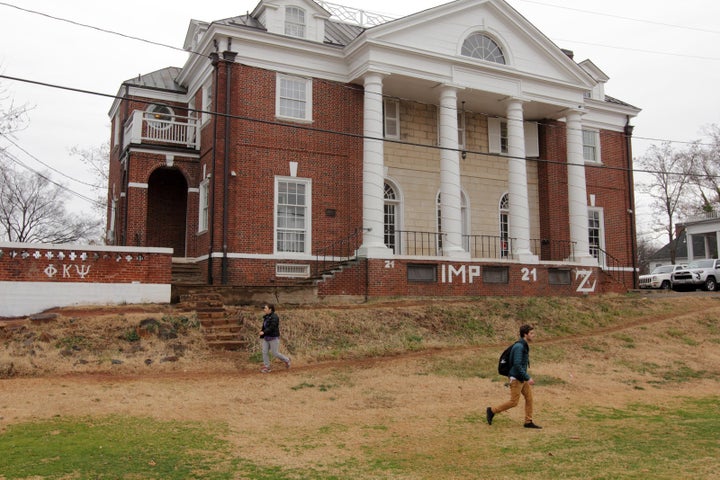 The Phi Kappa Psi fraternity house on the University of Virginia campus.

Rolling Stone will settle a case brought by a University of Virginia fraternity over a discredited story the magazine published that alleged a female student was raped by its members.

“It has been nearly three years since we and the entire University of Virginia community were shocked by the now infamous article, and we are pleased to be able to close the book on that trying ordeal and its aftermath,” said Brian Ellis, a spokesman for the Virginia Alpha Chapter of Phi Kappa Psi fraternity.

BuzzFeed News understands that as part of the negotiated settlement, which is yet to be formally finalized in court, Rolling Stone is set to pay $1.65 million over its publication of the November 2014 article “A Rape on Campus: A Brutal Assault and Struggle for Justice at UVA.”

The fraternity had been seeking $25 million.

“The chapter looks forward to donating a significant portion of its settlement proceeds to organizations that provide sexual assault awareness education, prevention training and victim counseling services on college campuses,” Ellis said in a statement.

Soon after the story was first published, reporting from other media outlets raised doubts about the story of the alleged victim, “Jackie,” and caused the article to unravel. The magazine's April 2015 retraction came following a report from the Columbia Journalism Review detailing Rolling Stone’s reporting and editing failures.

In November 2016, a jury determined that the magazine and reporter Sabrina Rubin Erdely defamed Nicole Eramo, the dean in charge of handling sexual assault reports at the university. In April, Eramo then dropped her lawsuit after reaching an “amicable” settlement with confidential terms.