“There’s no airtime for this orange [person]. We bleep his name the whole season.”

Pretty much nothing’s off limits on Comedy Central’s Broad City — until the upcoming fourth season, in which President Trump’s name will be bleeped out. 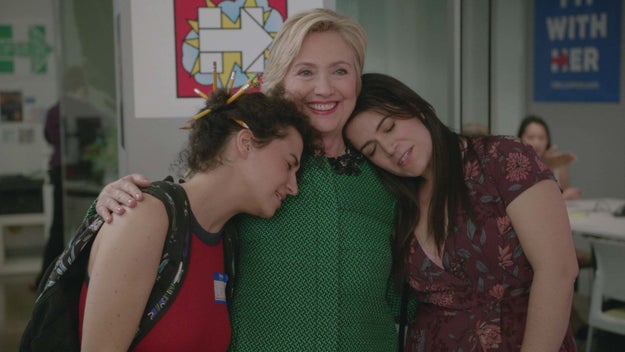 “We wrote [Season 4] being like, 'Here we go! Hillary for president!'” Glazer said. But when “this game-show host became president of our country, we rewrote a lot.”

“There's no airtime for this orange [person],” Glazer said. “We bleep his name the whole season.”

One of the upcoming episodes, which is briefly featured in the season’s trailer, deals with Glazer having difficulty orgasming after Trump is elected.

A spokesperson for the show told BuzzFeed News that Trump's name, while spoken in that part of trailer, will be bleeped in the show.

“Ilana's 'powers' are decreasing during the current administration because it's just so hard to [orgasm] when you know so many people are in such danger,” Glazer said. “So Ilana works through her Trump-related [hang-up] and it's wild.”