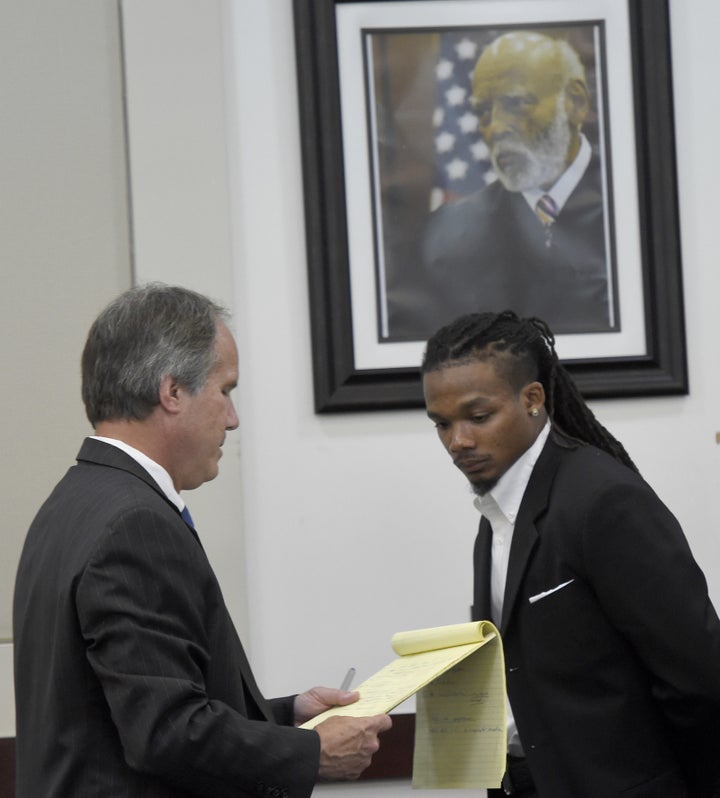 A former Vanderbilt football player testified in court Wednesday that he was terrified and intimidated of his teammates, and that months of their teasing resulted in him not standing up to them during a rape on campus.

Two of his former teammates — Brandon Vandenburg and Corey Bates — have already been sentenced to more than a decade in prison for the rape. A fourth former teammate is awaiting trial.

Police discovered a rape had occurred when they were called to the dorm to investigate a report of vandalism. Video surveillance from the building viewed by police also showed four men carrying an unconscious woman.

Banks testified that he was frequently teased by his teammates for being physically smaller than most members of the football team. He also said that he was often called “gay” and “a fag” when he told them he hadn't had sex with any women on campus because he has a girlfriend.

The jury was shown deleted video that Metro Nashville Police detectives recovered from an iPhone weeks after the assault that reportedly shows Banks penetrating the woman with a water bottle, as Vandenburg tells him to “squeeze that shit.”

Jaborian “Tip” McKenzie — a fourth teammates charged in the case and who is awaiting trial — testified earlier in the day that Banks assaulted the woman with the bottle.

Banks said he told Vandenburg the woman needs to go to the hospital because she was vomiting, but Banks said his teammate called him names and ordered him to take pictures of the victim. Banks said he feared Vandenburg would physically hurt him if he did not comply.

Banks's attorney argued that Vandenburg “was pressuring” his client to participate in the assault.

“Mr. Vandenburg was pressuring and goading Mr. Banks,” Banks's lawyer, Katie Hagan, said during opening statements Monday, arguing that he was acting under duress at the time.

The prosecutor argued that Banks was a willing participant and that 23 photos of the incident were found on his phone.

When asked why he didn't leave the room during the sexual assault, Banks said “Where was I gonna go?”

“I still gotta see them later on that night, or in practice, or even in the locker room. You can't escape that,” he said.

LINK: An Ugly Rape Case Involving Vanderbilt’s Football Team Could Get Much Uglier