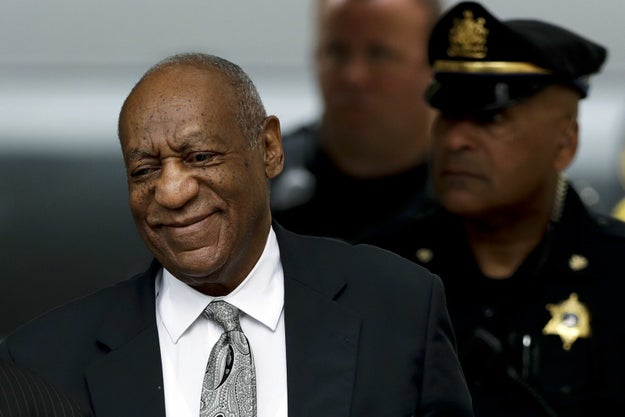 Fresh off a mistrial over charges that he drugged and raped a woman in 2004, Bill Cosby is planning to hold town hall meetings to educate young people about how to handle, and avoid, sexual assault accusations.

The announcement was made by the 79-year-old comedian's spokesman, Andrew Wyatt, in an interview that aired Thursday on Good Day Alabama.

“Because this is bigger than Bill Cosby, this issue can affect any young person, especially young athletes of today,” Wyatt told host Janice Rogers. “They need to know what they are facing when they are hanging out and partying, when they are doing certain things that they shouldn’t be doing — and it also affects married men.”

Although Cosby's jury trial in Pennsylvania ended in deadlock, the district attorney has vowed to retry the case. And more than 50 women in recent years have come forward with similar allegations of being drugged and sexually assaulted by the comedian.

He also faces several civil lawsuits related to the allegations.

But on Good Day Alabama, another Cosby spokesperson, Ebonee Benson, suggested that part of the motivations for the town hall series was to educated people about the dangers of false accusations.

She also said the public needs to be vigilant about statute of limitations laws being extended for reporting sexual assault.

Nearly all of the allegations made by the dozens of Cosby accusers have fallen outside various statute of limitations.

“Laws are changing,” Benson said. “So this is why people need to be educated against a brush against the shoulder — anything at this point can be considered sexual assault. It’s a good thing to be educated about the laws.”

Wyatt said the town halls will take place in Birmingham sometime in July.

LINK: After A Judge Declared A Mistrial In The Bill Cosby Rape Case, Now What?