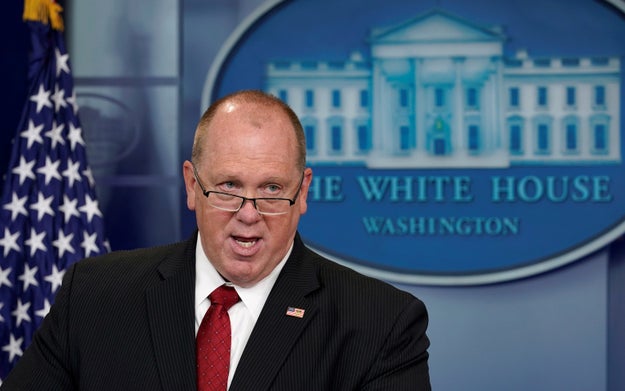 The acting director of US Immigration and Customs Enforcement on Wednesday appeared to undercut his boss, President Trump, on the same day he was touting two immigration bills that are meant to close “dangerous loopholes exploited by criminals.”

During an off-camera briefing, Thomas Homan appeared to disagree with the belief that immigrants commit more crimes than those born in the US, according to reporters at the scene.

While it's unclear if Homan ever specifically said immigrants commit more crimes, he raised the ire of immigrant rights groups earlier this year when he told a congressional committee that all undocumented immigrants in the US “should be uncomfortable” and “looking over (their) shoulder” when it comes to who could be deported.

Trump has maintained since his campaign that undocumented immigrants are a major source of crime, and in executive orders has insisted they “present a significant threat to national security and public safety.” At an event with law enforcement officials from across the country in February, Trump also said many of the crime problems in the US were committed by undocumented gang members.

The administration also launched an office dedicated to assisting victims of crimes committed by undocumented immigrants, as well as a weekly list of cities that don’t fully cooperate with federal immigration officials that was later stopped after several jurisdictions questions its accuracy.

A recent analysis of 50 studies published between 1994 and 2014 also found that while some researchers did find a relationship between immigration and higher rates of crime, most found the opposite — a reduction. 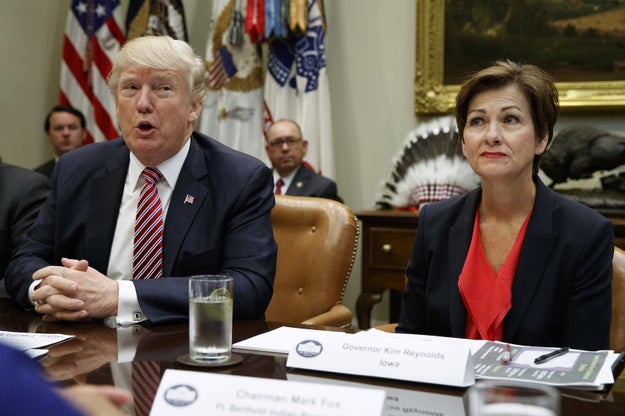 But surrounded by lawmakers at the White House on Wednesday, Trump framed the immigration bills pending before Congress as a way to liberate towns across the US from undocumented “bad people.”

“And we've gotten many of them out already,” he said during a brief press gathering. “You know, we're pretty much at the 50% mark. We're getting them out as fast as we can get them out and we're freeing up towns — actually liberating towns if you can believe that we have to do that in the United States of America.” 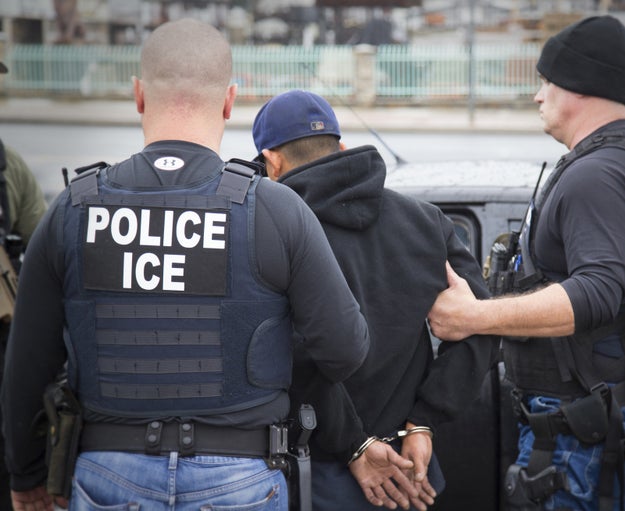 Trump's administration has been ramping up arrests of undocumented immigrants. In May, ICE said more than 41,000 immigrants suspected of living in the US illegally were arrested in the 100 days since Trump signed an executive order expanding the mandate of federal immigration authorities, a 38% increase compared to the same period last year.

Trump and his administration have said they are focusing on deporting immigrants with criminal convictions, but undocumented people with no record have also been arrested in raids. More than half of the 683 immigrants arrested in raids shortly after Trump took office either had no criminal convictions or had traffic violations as their most serious crimes, according to federal data obtained by BuzzFeed News.

The bills touted by Trump on Thursday would increase penalties for deported immigrants who try to re-enter the US and restrict federal grants to so-called sanctuary cities that refuse to fully comply with immigration officials. Both are scheduled for vote in the House on Thursday.

LINK: The Trump Administration Is Halting Its Weekly Report On Sanctuary Cities