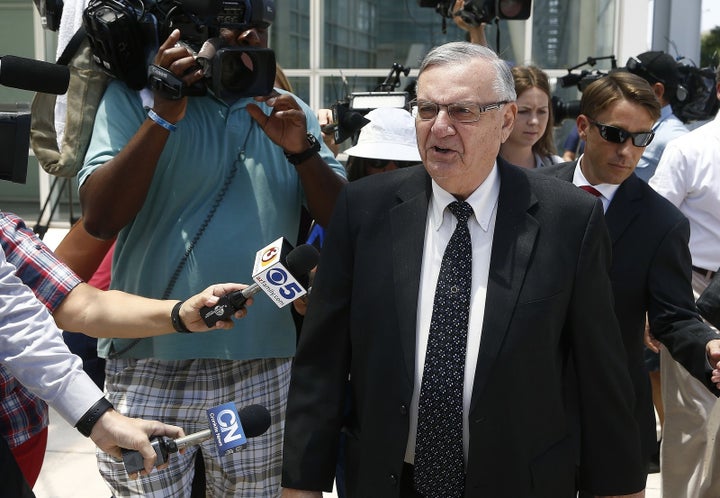 A judge is now considering if the man who styled himself as “America's toughest sheriff” violated a federal court order to stop a controversial policing tactic to catch undocumented immigrants.

Joe Arpaio, the 85-year-old former sheriff of Maricopa County, Arizona, lost reelection in November after 23 years in office, many of them as a polarizing figure for how he ran his department: He housed inmates in a Tent City and made them wear pink underwear. He campaigned for President Trump and promoted the idea that President Obama's birth certificate was a fraud.

And though immigration is the responsibility of federal law enforcement, Arpaio ordered his deputies in sweeps and traffic stops to check the legal status of the people they encountered. Even if an undocumented person had not committed any other crime than lacking documentation, deputies were to arrest them and turn them over to immigration officials for deportation.

The ACLU filed a lawsuit in 2007 against Arpaio, calling those practices unconstitutional and a form of racial profiling. While the case went through the court system, a federal judge ordered Arpaio to stop detaining people unless deputies actually suspected them of a crime under state law. 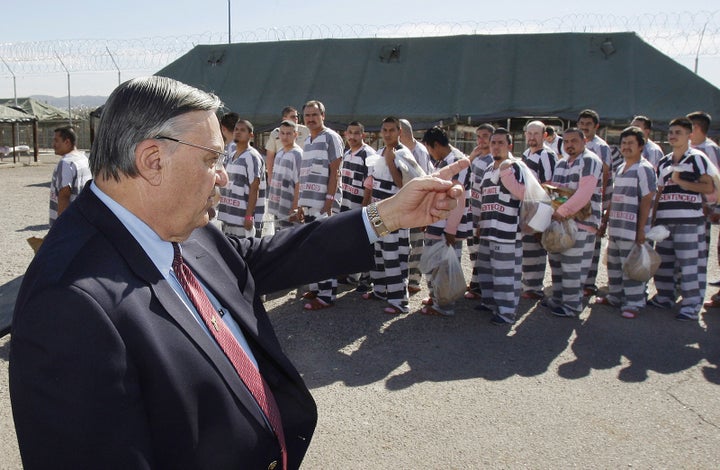 Maricopa County Sheriff Joe Arpaio orders about 200 convicted undocumented immigrants handcuffed together and moved into a separate area of Tent City in 2009.

But Arpaio pushed back publicly and the practices continued. The judge then found the sheriff in civil contempt of court, and recommended he face a criminal contempt charge as well.

“Sheriff Arpaio may be in charge of the [Maricopa County Sheriff's Office] for the foreseeable future. In doing so, he must follow the law,” Judge G. Murray Snow said in August as he recommended Arpaio face criminal consequences.

Arpaio was charged with a misdemeanor in October, punishable by a maximum of six months in jail. Last week, the now-retired sheriff went on trial, and closing arguments wrapped up Thursday.

Defense attorneys said Arpaio didn't realize he was violating the court order, the Associated Press reported. But prosecutors pointed to Arpaio's own statements bragging about immigration enforcement as evidence he was intentionally disobeying the judge.

“He thought he could get away with it,” prosecutor Victor Salgado said on Monday. “He never thought this day would come.”

It was unclear when Judge Susan Bolton will hand down a decision. 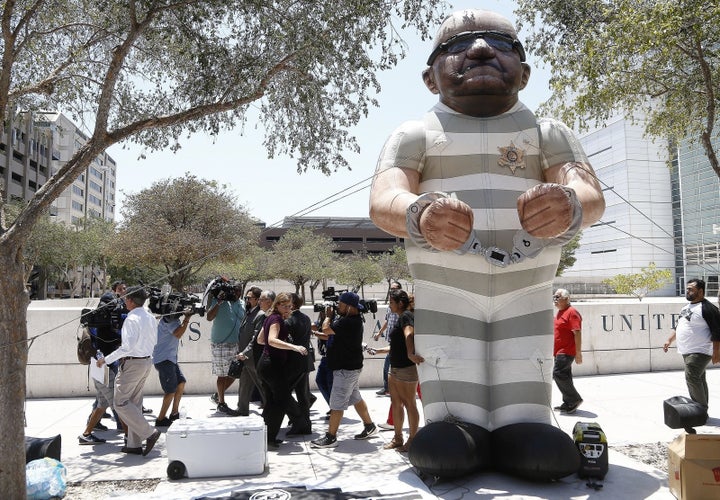 In spite of years of controversy surrounding Arpaio, the trial was notably quiet, the Arizona Republic reported. Unlike previous hearings and appearances over the years, few protesters appeared to speak out against the sheriff. Overflow seating for the media and public wasn't necessary, and Arpaio did not testify, the Republic reported.

Arpaio lost reelection in November after efforts by activists to register Latino voters. At the time, they called it a victory for immigrant rights — even as they feared what new challenges might come under the Trump Administration.

Current Maricopa County Sheriff Paul Penzone campaigned on ending Arpaio's practices. In April, Penzone also vowed that Tent City would be dismantled within six months. As of June, its population was down to several hundred people.