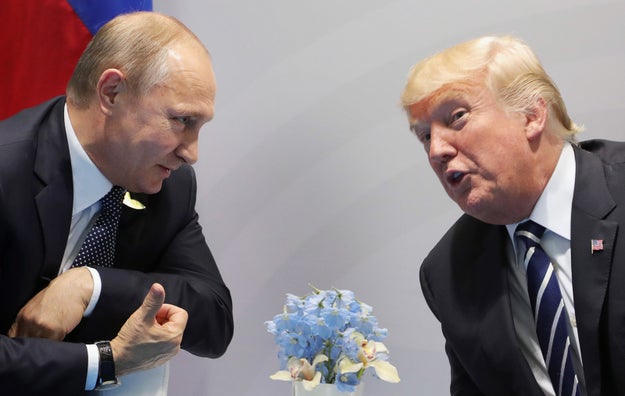 President Donald Trump and Vladimir Putin sat down for their first meeting on Friday and chatted about Russia allegedly interfering in the 2016 US election – but both camps now disagree on exactly what was said.

The only people in the meeting at the G20 summit in Hamburg, Germany, were Trump, Putin, Secretary of State Rex Tillerson, Russian foreign minister Sergey Lavrov, and translators.

Trump began the meeting by asking Putin directly about Russian interference in the 2016 presidential election, US officials said.

The pair had a “robust and lengthy exchange” about the allegations of cyber meddling by Russia during the election, and Trump pressed Putin on the issue numerous times, Tillerson told reporters.

Putin denied having any role in the cyber espionage interference, according to Tillerson.

However, this is where things get messy.

“President Putin denied such involvement, as I think he has in the past. The two leaders agreed, though, that this is a substantial hindrance in the ability of us to move the Russian-US relationship forward,” said Tillerson.

Trump is “focused on how do we move forward from something that may be an intractable disagreement at this point,” added Tillerson. (Emphasis ours)

Meaning, Trump is agreeing to disagree about Russia's involvement in order to “move forward”.

But the Russians explained the meeting a little differently. 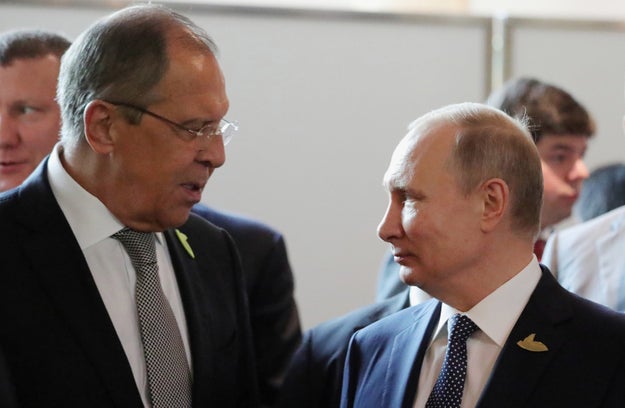 Lavrov chilling on the left.

According to Lavrov, Trump said that “he heard the clear statements of President Putin about this being untrue, that the Russian leadership did not interfere in the election and that he accepts these statements.”

“President Trump said that this campaign has already taken on a rather strange character because over the many months that these accusations have been made, not a single fact has been presented,” Lavrov said, according to MacFarquhar.

So, for those keeping track at home, Russia says that Trump accepted Putin didn't interfere in the election, but Tillerson said there was “intractable disagreement.”

Immediately, a White House official told NBC that Lavrov's claim was “not accurate”.

Since no one else was in the meeting, it's just a game of he-said he-said.

“A meeting like this always produces different accounts regardless of whether note takers are present or not – people interpret words, body language, and context differently,” Paul Saunders, a Russia scholar at the Center for the National Interest, told BuzzFeed News. “Each side also always has its own spin.”

“Since it was the first meeting between Trump and Putin and the only real expectation was to get to know one another rather than to negotiate a complex agreement, a smaller format was probably a better way for the two presidents to talk,” he added.

The Putin-Trump meeting lasted some 135 minutes. It was expected to last less than 40 minutes.

Tillerson said that Melania Trump came in at the one hour mark to try and get the meeting finished, but they all kept talking. Good times. 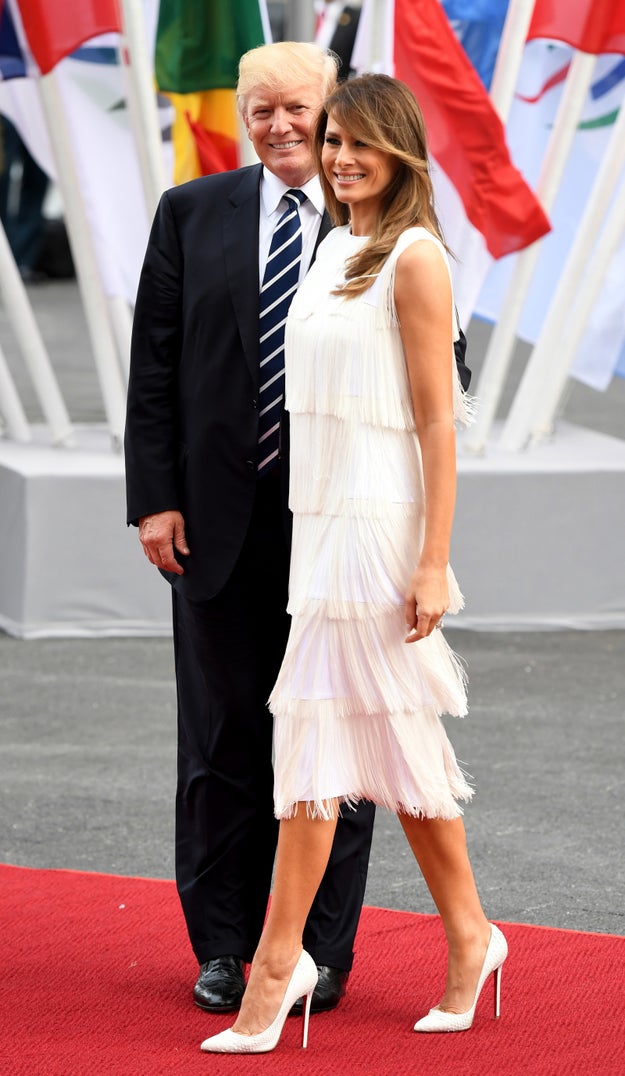 The US and Russia did agree to a ceasefire in Western Syria during the meeting, Tillerson said. A “de-escalation agreement and memorandum” was signed between the US, Russia, and Jordan for an area of western Syria, according to the secretary.

“And I think this is our first indication of the US and Russia being able to work together in Syria, and as a result of that, we had a very lengthy discussion regarding other areas in Syria that we can continue to work together on to de-escalate the areas in violence once we defeat ISIS and to work together towards a political process that will secure the future of the Syrian people,” Tillerson said.

Tillerson also noted that the US sees no long term role for the Assad regime in Syria, and that was conveyed to Putin, who has been a long term ally to Syrian president Bashar al-Assad.

Putin and Trump also discussed North Korea, after the totalitarian state tested its first intercontinental ballistic missile this week, which may be able to reach US soil.

“We did have a pretty good exchange on North Korea. I would say the Russians see it a little differently than we do. So, we are going to continue those discussions and ask them to do more,” said Tillerson.

“There is a difference in terms of view of tactics and pace and so we will continue to work with them to see if we cannot persuade them as to the urgency that we see,” he added.