“We don’t know of any, any contacts with Russian agents.”

Donald Trump Jr. on Tuesday published the emails setting up his meeting with a Kremlin-connected lawyer as “part of Russia and its government’s support for Mr. Trump” during the presidential campaign. 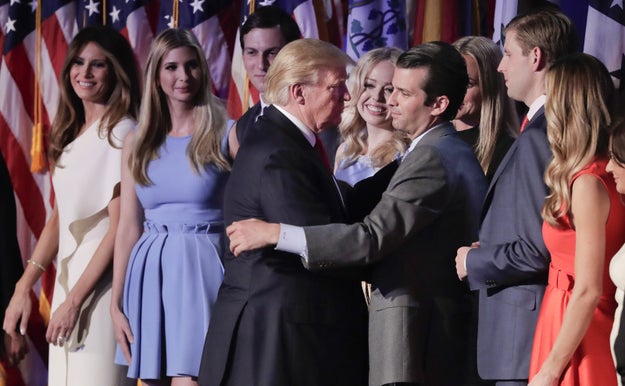 The meeting occurred June 9, 2016, and related information is important in the context of the multiple, ongoing investigations to determine whether there was collusion between the Trump campaign and Russia.

In a CNN interview that took place in July 2016 — more than a month after the meeting with the Kremlin-connected lawyer would have taken place — the president's son called suggestions that Russia was trying to help Trump and hurt Clinton “lies.”