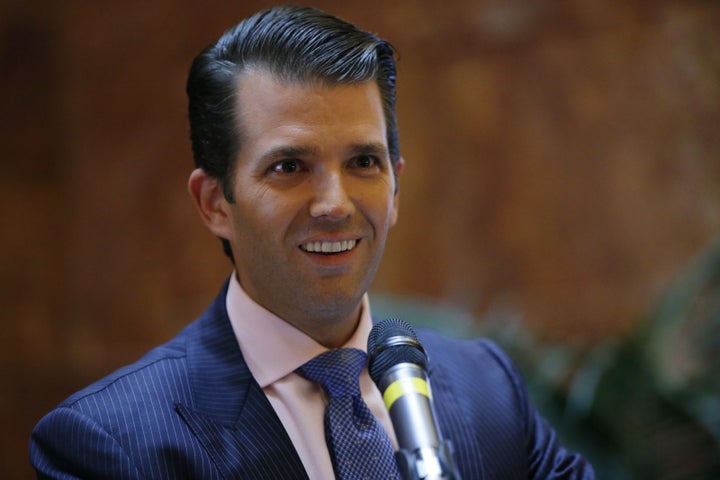 Donald Trump Jr. said Tuesday night he never told his father about his meeting with a Russian lawyer who, according to emails he released earlier in the day, was promising dirt on Hillary Clinton.

And while he acknowledged that he would done things “a little differently,” Trump Jr. also maintained that the encounter ended up being a waste of time.

Trump Jr. made the comments to Fox News' Sean Hannity in his first interview since the New York Times reported he had sought damaging information about Clinton from a source who claimed the Russian government wanted to help his father's campaign for president. The report sparked questions and outrage from Democrats, as well as some Republicans, and comes as investigations continue into whether the Trump campaign colluded with Russia.

“For me, this was opposition research. They had something, you know, maybe concrete evidence, to all the stories I’d been hearing about, probably underreported for years not just during the campaign. So I think I wanted to hear it out. But really it went nowhere and it was apparent that wasn’t what the meeting was about.”

On June 9, 2016, Trump Jr., then-Trump campaign manager Paul Manafort, along with Jared Kushner, met at Trump Tower with Natalia Veselnitskaya, a lawyer with ties to the Russian government, the New York Times reported. Earlier on Tuesday, Trump released an email chain showing how the meeting was organized.

“This is part of Russia and its government's support for Mr. Trump,” said Rob Goldstone, a music publicist who set up the meeting.

On Tuesday, Trump Jr. said nothing came out of the meeting, and he didn't talk about it to his father.

“It was just a nothing. There was nothing to tell,” he told Hannity. “I mean, I wouldn’t have even remembered it until you started scouring through this stuff. It was literally just a wasted 20 minutes, which was a shame.”