This is Scott Pruitt, the man President Trump appointed to lead the Environmental Protection Agency. On Tuesday, he said his agency was working to host a public climate change debate, which could potentially air on TV. 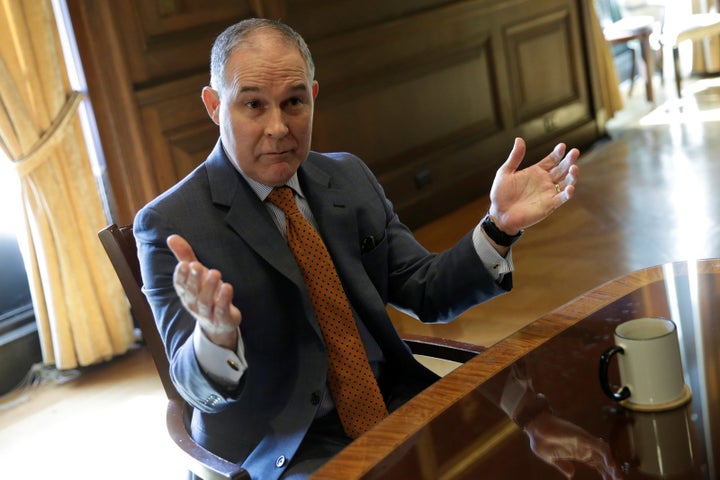 Pruitt revealed the debate plan in an interview with Reuters. He said the idea was inspired by a pair of articles he read, including one in the Wall Street Journal that suggested a “red team/blue” team approach to debating climate science.

The debate envisioned by Pruitt would involve a group of scientists who would have “a robust discussion for all the world to see.” He also suggested it could be televised, adding that “the American people would be very interested in consuming that.”

The EPA did not respond to BuzzFeed News' request for comment Tuesday and Pruitt did not tell Reuters when the debate might take place or who would participate.

Peter Gleick, a scientist who co-founded the Pacific Institute, an environmental think tank, called Pruitt's proposed debate “bullshit.” In an email, Gleick said that climate change has already been reviewed and assessed by “every national academy of sciences on the planet” and is already debated “every day by the very process of science itself.”

“The effort by Pruitt and Trump's EPA to pretend to put together a 'debate' is no more than another attempt to open the door to the voices of climate denial, delay, and confusion that have already postponed international action almost to the point of disaster” Gleick added.

Michael Mann, a climatologist and geophysicist at Penn State University, said that a debate is already going on and “it's called science.” He also said the debate amounts to a “bad faith effort.”

“What Pruitt and his ilk really want is to stack the deck against mainstream science by giving cronies and industry lobbyists an undeserved place at the science table,” Mann said.

Linda Duguay, who directs multiple environmental programs at the University of California, said that “there is not much to debate” regarding the scientific consensus on climate change. Duguay also expressed skepticism that Pruitt and his team “would put together an honest forum on the subject.”

“The overwhelming consensus of the scientific community and the great majority of nations around the world that signed the [Paris Climate Agreement] accept it as a reality,” she said.

John Seinfeld, a professor at the California Institute of Technology who studies the atmosphere, said that “there’s nothing to debate” unless the discussion focused on “remediation measures.”

“Climate change is a done deal,” he added.

And Philip Mote, who studies climate change at Oregon State University, said that debating “settled” scientific topics such as climate change “is silly, counterproductive, and perpetuates a false sense of what’s true and what’s not.”

Pruitt’s “robust discussion” idea comes as the Trump administration works to undo Obama-era environmental policy and finds itself at odds with members of the scientific community — some of whom said the debate would cause more confusion than clarity. 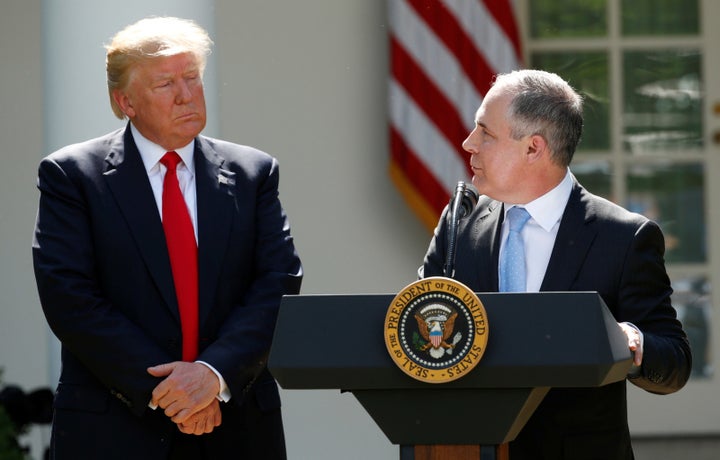 In June, Trump, accompanied by Pruitt, announced that the US would pull out of the Paris climate deal, a landmark 2015 agreement between nearly all of the world's countries. The announcement was greeted with dismay and anger by the scientific community.

Pruitt — who in March said he didn't believe carbon dioxide is a “primary contributor” to climate change — also recently tried and failed to delay an Obama-era rule on monitoring methane leaks.

Katharine Reich, associate director of the University of California, Los Angeles Center for Climate Science, pointed to Pruitt's record and said that “we’ve seen evidence that his team kind of tries to stack the deck against the evidence.”

She added that the debate is a problem because it gives scientists and those who deny science equal weight.

“That is inherently confusing to the public,” Reich said.

At least one study seems to confirm that. Earlier this year, John Cook — a George Mason University researcher whose previous work showed overwhelming scientific agreement on climate change — published a paper arguing that giving climate deniers and climate scientists equal voices lowered people's perception that there was a consensus.

Brett Hartl, a spokesman for the Center for Biological Diversity, called the idea of a public, televised debate on climate change “destructive.” Hartl referred to the proposed discussion as a “fake debate” that marginalized actual scientific discourse.

“This is going to tarnish the EPA's legacy for decades to come,” he said.

Kimiko Martinez, a spokesperson for the National Resources Defense Council, told BuzzFeed News that the “science is clear” and Pruitt's proposal “isn’t about scientific debate. It’s bad policy in search of excuses.”

“The public isn’t buying Trump’s retreat from climate progress,” she added, “and it won’t buy into this cheap charade.”

LINK: Trump Announced That The US Is Pulling Out Of The Paris Climate Deal

LINK: Climate Scientists Are Furious That Trump Just Pulled Out Of The Paris Climate Deal