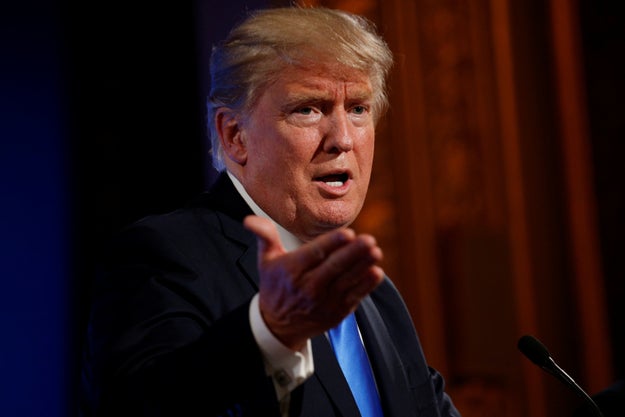 President Trump significantly scaled back one of his key campaign pledges while en route to France, telling reporters there was no need to build a wall along the US-Mexico border where it's not needed.

Trump estimated the US would only need to build a wall on 700 to 900 miles of the border, and said the structure would need to be transparent so that people could avoid large sacks of drugs being thrown over from the other side. 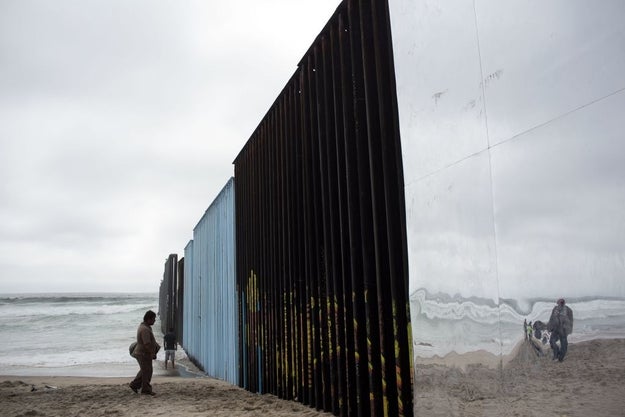 A view from the Mexican side of the US-Mexico border in Playas de Tijuana, Mexico, in 2017.

“One of the things with the wall is, you need transparency. You have to be able to see through it,” Trump said. “As horrible as it sounds, when they throw the large sacks of drugs over, and if you have people on the other side of the wall, you don't see them — they hit you on the head with 60 pounds of stuff? It’s over. As crazy as that sounds, you need transparency through that wall.”

Trump has backtracked on his initial campaign pledge to build a large, impenetrable wall — which he once described as being made out of “precast [concrete] plank” — before.

After winning the election, he told 60 Minutes that he'd be open to fencing in some stretches, and he has referred to treating natural landmarks such as rivers and mountains as barriers before.

Based on his comments while en route to Paris, Trump now says the US will only build a wall on less than half the 2,000-mile US-Mexico border, but much of that is already fortified with a physical barrier. Just 350 miles lack a vehicle barrier or fence, but they are monitored with remote technology, lights, and patrols. 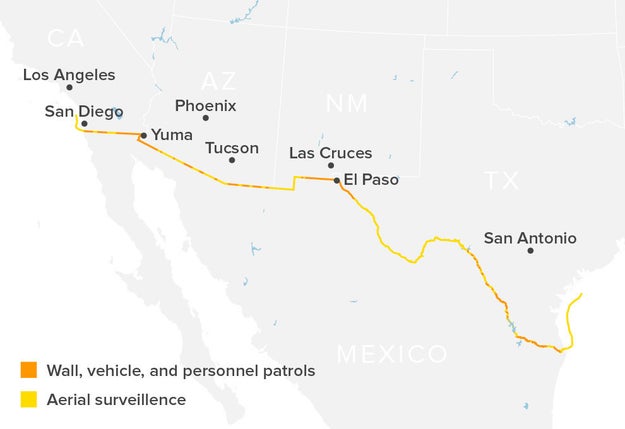 Trump appears to be operating in a post-campaign reality of political and financial roadblocks.

A key tenant of his border promise is that Mexico would pay for it, something Mexico has repeatedly rejected. That would leave the US with a huge bill for the brick-and-mortar wall Trump pledged, with costs potentially ballooning up to $40 billion, according to MIT Technology Review.

Even for the fence option, PolitiFact reported that it could cost from $5.1 billion to $25 billion, plus additional money to maintain it.

In June, Trump said his administration wanted to build a wall covered with solar panels “so it creates energy and pays for itself.” But experts say it wouldn’t be easy, and makes little economic sense.

But Trump doubled down on the idea Wednesday, saying “there’s no better place for solar than the Mexico border.”

LINK: Here’s Why Trump’s “Great Wall” On The US–Mexico Border Is Basically A Pipe Dream