“Two women are murdered every week in the UK due to partner violence. In the US it is three a day. This isn’t funny.”

A cartoon published in conservative British magazine the Spectator is drawing ire, with many saying it normalizes stalking. 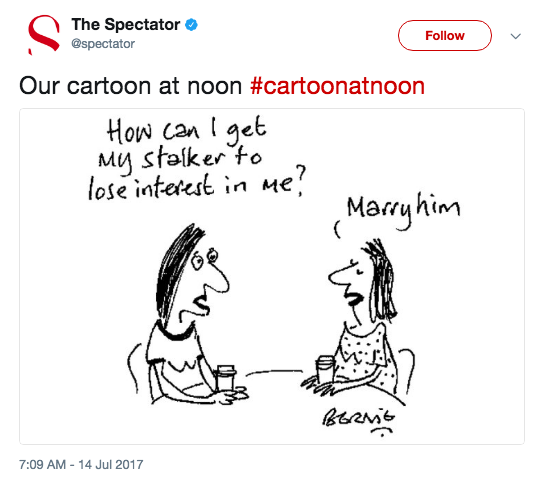 The cartoon depicts two women speaking to each other at a table. “How can I get my stalker to lose interest in me?” asks the first woman.

“Marry him,” the second woman responds.

Guardian writer Hadley Freeman tweeted that “two women a week are killed by a current or former partner” in the UK.