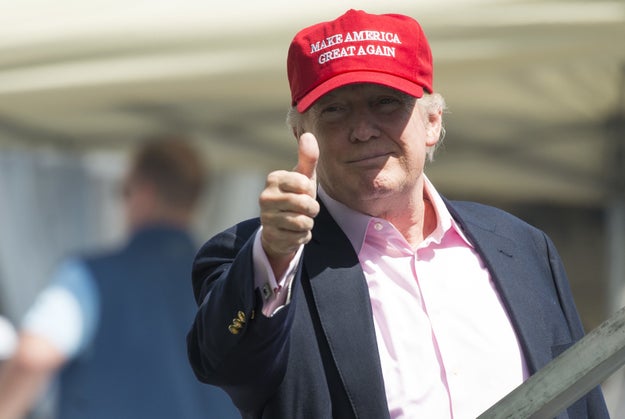 President Trump declared it “Made in America” week — but White House spokesperson Sean Spicer struggled on Monday to answer whether Donald and Ivanka Trump's brands will stop making many of their products outside the United States.

A reporter asked during the daily press briefing — which, again, was not allowed to be televised — if “as part of 'Made in America' week, if the Trump Organization or Ivanka Trump's brands will make any kind of commitment to stop manufacturing gifts, clothes and other wares abroad.”

“I can tell you in some cases there are certain supply chains or scalability that might not be available. I'm not going to comment on specific products, but I will tell you the overall arching goal is to grow the US manufacturing base and to grow US workers here,” Spicer said.

Asked about Ivanka Trump products again later in the briefing, Spicer replied, “I can tell you it depends on the product. Certain industries we don't do as much anymore in terms of scalability. Certain things we may not have capacity to do here in terms of a plant or a factory.”

BuzzFeed News has reported on the factory in Honduras that produces Trump-branded clothing, and other outlets have found shirts made in China, Bangladesh, Honduras and Vietnam, sport coats in India, and eyeglasses in China. Trump Home products, including light fixtures and kitchen wares, are made in China, and Ivanka Trump’s apparel brand manufactures products in China and Singapore, CNBC has found.

“We will protect our workers, promote our industry and be proud of our history because we will put America first,” Trump said while delivering a speech on Monday, kicking off “Made in America” week. “America will be first again. We will make America great again. Remember that,” the president said.

Given the dissonance between that reality and the message touted on Monday, Spicer was asked whether Trump was the correct “vessel” for supporting home-grown manufacturing.

“I look at it in a very different way,” Spicer said, arguing that Trump's experience in business leads him to better understand the tax and regulatory burden in America, and the disadvantages of tariffs and “arcane trade laws.”

Spicer went on to tie a lower tax rate to more investment in the United States.

“The beauty of a capitalistic society is a lower tax rate will grow businesses,” Spicer said. “But business leaders, when asked, 'What will you do if the tax rate drops?' say they will invest and build more.”