President Trump sat down for an interview with the New York Times in the Oval Office on Wednesday. He made tons of political news – for example, he said wouldn’t have picked Jeff Sessions for Attorney General if he’d known Sessions would recuse himself from the Russia investigation – but he also said a bunch of bonkers stuff. 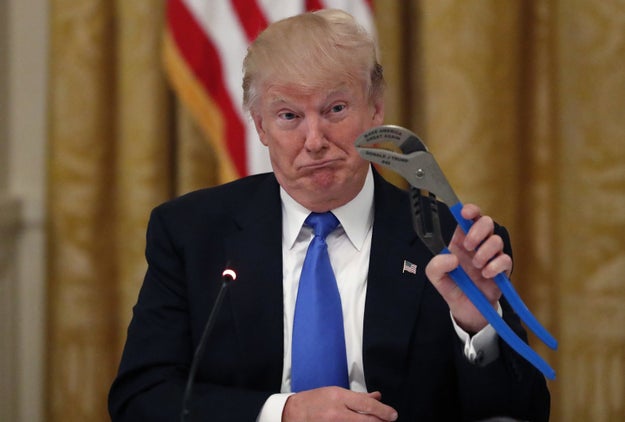 It's not the first time Trump apparently has confused health and life insurance, either. He did the same thing back in May in an interview with the Economist.

Trump thinks his recent speech in Poland about fighting for the West was the greatest speech, just huge, maybe even the best speech ever given on foreign soil by a US president.

The Southern Poverty Law Center said Trump used his speech to “fan flames of nationalism and promote the idea of a clash of civilizations,” emboldening the European far-right.

Trump also mentioned the incredibly awkward handshakes he keeps having with French President Emmanuel Macron. First there was the white-knuckled death grip from May, then there was the seemingly neverending handshake last week.