Five teenagers laughed and joked as they recorded a 32-year-old man drown to death in Florida.

Jamel Dunn drowned in a retention pond near his mother's house in the city of Cocoa on July 9. None of the teenagers called for help or notified the police about his death, authorities said.

When Dunn's screams could be heard in the distance, the teens began laughing. “You bitch, you shouldn't have gotten in there,” one of them said.

And when Dunn's head finally went under the water and did not resurface, one of the teens asked his friends, “Bro, you scared to see a dead person?”

They laughed as one of them said, “Oh, he's dead.”

Another said, “He ain't coming back up.” 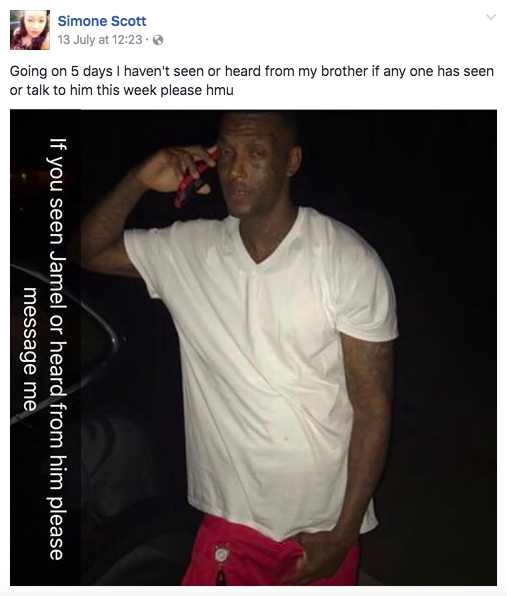 Dunn's family filed a missing person report on June 12, and two days later his decomposed body was found floating in the pond near the shoreline, Yvonne Martinez, a spokeswoman for the Cocoa Police Department, told BuzzFeed News on Friday.

None of the teens, whose ages range between 14 and 16, face any criminal charges despite authorities being “horrified” by the video, Martinez said.

Their identities have not been released.

After consulting with the state's attorneys office, Martinez said “there wasn't anything criminal we could charge them with.”

She said that detectives were looking to charge them with “some sort of negligence that could contribute to manslaughter.”

The teens also could not be charged with failure to render aid because Florida does not have a Good Samaritan law, she said.

“Obviously it's a tragic incident and that there are people like that in this world,” Martinez said. “Unfortunately there's not a lot we can do about it.”

Authorities questioned three of the five teens involved in the incident. According to Martinez, a detective told her that the mother of one of the teens was in tears during the interview, while her son “sat there with a smirk on his face.”

“When you look at the video and hear the comments that were made, and just the cruel nature of what happened there, they're just not really any words to justify it,” Martinez told BuzzFeed News.

The video, found by detectives on social media, was given to the Brevard County State Attorney’s Office which decided not to pursue charges. The state attorney released the video to Florida Today, which posted the audio of the incident. 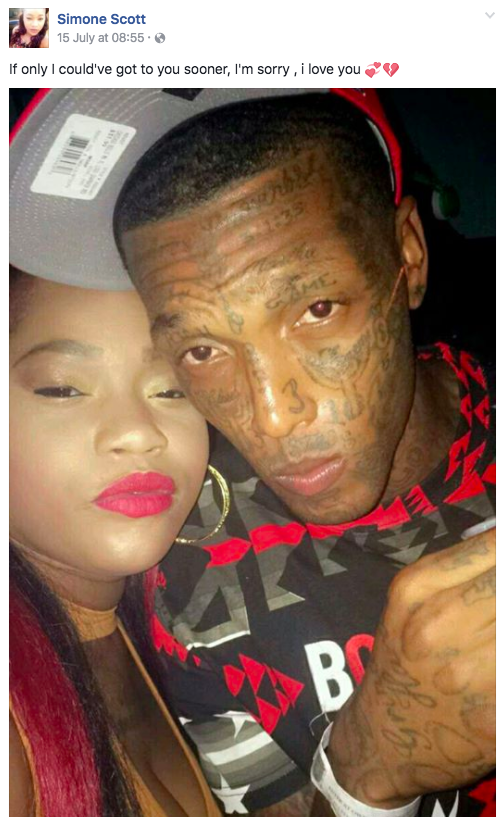 Dunn's death was due to drowning, Martinez said, adding that police had a surveillance video from a neighbor's house that showed Dunn “deliberately” walked into the pond himself.

On July 8, Dunn got into an argument with his mother at her house which was right by the pond, and eventually his fiancée was asked leave the house, according to Martinez.

After his fiancée left on July 9, Dunn “immediately jumped over the fence of the house, took off his shirt, and went into the pond,” Martinez said.

“He went there willingly and very deliberately,” Martinez said. “What his intentions were when he got into water, or what his state of mind was… whether to kill himself by drowning, we can't say.”

Police are awaiting lab results to see of there was alcohol or drugs in his system at the time of the incident, Martinez said.

Dunn's family said that he had a disability and walked with a cane, according to a fundraising page started by his sister, Simone McIntosh.

However, Martinez said there was no evidence of him walking with a cane in the surveillance video obtained by police.

“Who did it? Why?,” McIntosh wrote on the fundraising page. “Homicide or suicide are still unanswered questions, in the mean time we are asking for help to prepare for funeral arrangements,” she wrote.

Martinez said there was “absolutely no evidence to indicate that it was a homicide.”

“It's a drowning. That's the cause of death,” she said.

She said that Dunn's family was “distraught and angry” and wanted someone to be held accountable. She said they contended that Dunn was coerced into the water as he would have never gone in on his own.

“The video evidence we have shows that the juveniles didn't coerce him. He was already in the water when they started taunting him,” Martinez said, adding that there was also “some distance” between the teens and Dunn.

She said that there have been discussions between authorities about creating a Good Samaritan type law.

“The culture we're seeing in younger communities is 'see something, say nothing,'” she said. “We have a lot of investment in communities starting at a young age. This is going to take time and community involvement to change that culture.”

In a Facebook post sharing the video, Dunn's sister wrote, “How could you witness someone die & not be charged w/anything?”

This is the video posted by Dunn’s sister. ***WARNING: This video depicts disturbing content.