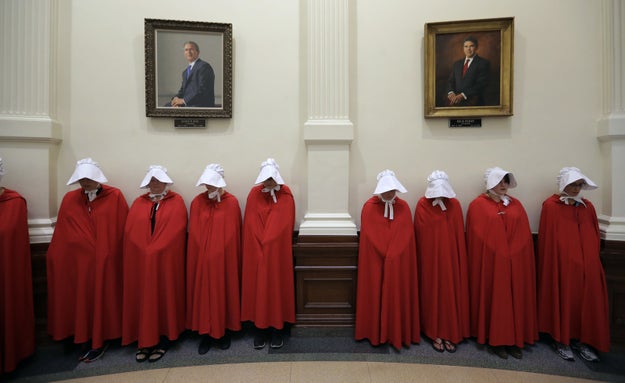 For the second time this year, the Texas Senate is aggressively trying to push through a bill that targets transgender people using the bathroom in public schools — part of what one activist called a “conservative Lollapalooza” this weekend.

Senate held a dramatic public hearing on Friday about the bathroom bill and is likely to vote it through on Monday — but there remains serious questions on whether the house will even vote on it.

The public hearing on SB3 and SB91 (two substantially identical bills, which say that people must use the restrooms and changing rooms in public schools of whichever sex is stated on the person's birth certificate) began at 9am Friday in Austin, with dozens of people lining up before speaker registration even opened.

In all, 251 people registered to speak about the bathroom bill, according to a Dallas News reporter, with the hearing still going strong at 5pm.

An overwhelming majority of speakers – including the mayor of San Antonio, business leaders, the heads of tourist organizations such as Visit Austin and Visit San Antonio, representatives of LGBT groups, parents of transgender children and dozens of Texan transgender men and women – spoke against the bills.

Several transgender people spoke emotionally about their discomfort at being unable to use the bathroom of their choosing, and noted that using the bathroom of the gender of which they were born would likely upset the general public.

“I would be required to use the men's room and that would cause a ruckus,” said Ashley Smith, an architect, mother and transgender woman from San Antonio, at the hearing.

Earlier this week, a photo that Smith took with the Governor went viral after she posted it with the caption: “How will the Potty Police know I'm transgender if the Governor doesn't”.

Some spoke about the economic impact of the bill, which was also felt in North Carolina with the passing of a similar bathroom law. Casandra Matej, the president and CEO of Visit San Antonio, said three organizations have already cancelled conventions, costing the city $3 million in economic impact, simply because the bill is being discussed.

“Future books are bleak… another 15 reached out to cancel and never to return to Texas again if a bill passes,” said Matej, saying it would lose San Antonio a minimum of $41 million.

The Texas Association of Business announced a $1 million ad campaign against the bill. IBM placed ads in Texas newspapers this week complaining about the bill.

“I put daughters before dollars on this issue”, said state Senator Lois Kolkhorst, the bills' lead sponsor, when asked about business opposition.

She says the bill helps protect women and girls from sexual assault, maintains their privacy and also helps female student athletes who she says shouldn't have to compete against transgender girls.

“This issue is about much more than bathrooms,” said Kolkhprst. “It's about finding a balance between declaring your gender and having the right to protect your child.”

The “daughter before dollars” line became a catch-cry of the hearing.

“My daughter is not a threat to your daughters,” said Kimberly Shappley, a Republican, born-again Christian and mother to her transgender daughter Kai, who sat on her lap.

“Your son is definitely a threat to my daughter in the restroom, particular those of you preaching intolerance to your children,” said Shappley.

Others also addressed Kolkhorst directly by noting how difficult it would be to enforce the rule, unless people carried around birth certificates. “How would you prove you are female? How do we know you’re entitled to be in the women's restroom?” asked Marissa Johnson, a transgender woman.

Johnson also noted that while her identification in Texas says she is female, she was born in Ohio and is unable to change her birth certificate because of their state law.

Others noted that the bill did not account for those born intersex, meaning a combination of both male and female reproductive organs.

“Have I been using the wrong bathroom my whole life?” asked Alicia Weigel, who is director of communication at Deeds Not Words, the not-for-profit established by former Texas Senator Wendy Davis, and was born intersex.

At a public hearing of the same bill in March, 253 people spoke against the bill and just 29 spoke in favor, according to a count by the American-Statesman. 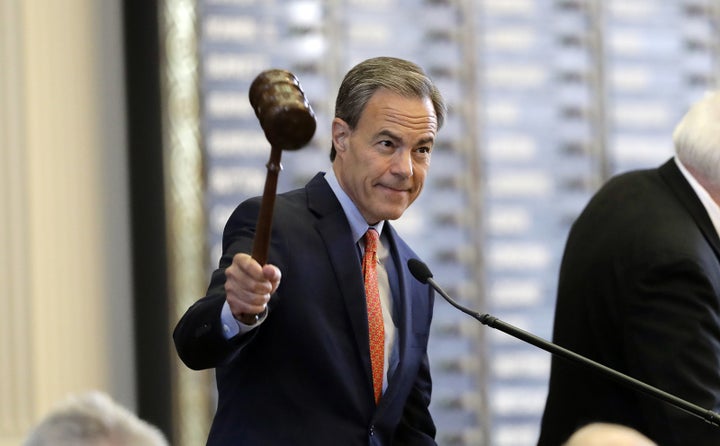 This is the third public hearing about a bathroom bill in Texas this year, after the Senate passed the bill in March but Speaker of the House Joe Straus refused a vote on it, calling it immoral.

“I’m disgusted by all this. Tell the lieutenant governor I don’t want the suicide of a single Texan on my hands,” he told a Senator about the bill, according to the New Yorker. Suicide rates are dramatically higher amongst transgender people, specifically when there is a lack of social or community support.

And the bill is back this week, thanks to the governor.

Governor Greg Abbott had to call the Texas legislature back for a special session to pass bills stopping the shutdown of the medical board and other agencies, but in a midnight session on Thursday night, he called for 20 additional conservative bills that failed to pass during the regular session to be heard by the special session – including a bathroom bill.

“He wanted a special session to have a shot at the bathroom bill. If it weren't for this, they would have passed the reauthorization for the medical board,” Dan Quinn, communications director for the Texas Freedom Network, a religious and civil liberties watchdog based in Austin, told BuzzFeed News.

“Texas had the most anti-LGBTQ legislative session in the United States, and now, Gov. Abbott and Lt. Gov. Patrick are pushing their extreme agenda with this unnecessary, costly special session,” said JoDee Winterhof, senior vice president of policy and political affairs for the Human Rights Campaign, in a statement.

And it's not just the bathroom bill – although that's the main focus for the governor.

“Then he opened it up this Lollapalooza of conservative causes,” said Quinn. “It’s a smorgasbord, all the stuff they wish they could have passed in the regular session. “

As the public hearing took place on the bathroom bill, senators walked in and out as they also joined concurrent senate committee hearings on abortion, women's health and private school voucher bills.

One abortion bill focused on reporting any complications encountered by any woman who receives an abortion – and that a doctor who fails to report a complication could face legal repercussion. Another bill focused on ensuring no city money in any way went to Planned Parenthood.

Back-to-back senate committee hearings will be held all Friday, Saturday and Sunday. The bills are likely to pass the Senate easily, and then the bills go to the House, meaning extra pressure is on Straus for the remaining three weeks of the special session.

Some Texan Republican leaders are now pressuring for a possible change in speakership because Straus won't support the bill.

“They are rushing passage of all the bills, so they can stick their fingers at the speaker,” said Quinn. “These are not just moderate Republicans, they are hardcore ideologues. They control all levels of government in the state and the only opposition they face is the speaker.”