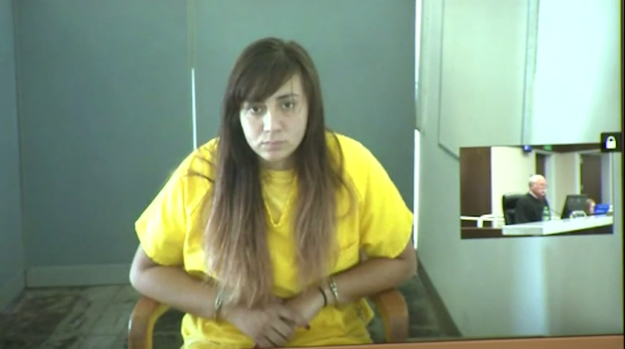 The 18-year-old accused of driving drunk and livestreaming the ensuing crash that killed her younger sister pleaded not guilty on Wednesday to gross vehicular manslaughter and other felony criminal charges.

It was Obdulia Sanchez's first appearance since the graphic Instagram video footage showing her hovering over her sister's bloodied body Friday in a field near Los Banos, California, went viral.

Dressed in yellow prison garb and appearing via video in Merced County Superior Court, Sanchez pleaded not guilty to a host of charges, including felony manslaughter while intoxicated, vehicular manslaughter with gross negligence, two counts of driving under the influence resulting in injury, and driving with a 0.08% blood-alcohol level causing injury.

“The behavior demonstrated both prior to and after the incident, as documented by the defendant’s own recording, is disturbing and shocking,” Merced County Deputy District Attorney Harold Nutt said in a statement, adding that his office “will do everything in its power to see that justice is done in this matter.”

If convicted, Sanchez faces up to 13 years and eight months in prison.

The California Highway Patrol says Sanchez was driving drunk and livestreaming on Instagram when she veered off the road at 6:40 p.m. when she overcorrected, the old, white Buick swerved and crashed through a barbed wire fence before overturning in a field, ejecting her sister, Jacqueline Sanchez, and her girlfriend, 14-year-old Manuela Seja, who sustained “major injuries” to her leg.

Sanchez recorded the entire thing, filming herself over her sister's bloodied body, apologizing, and begging her to wake up. 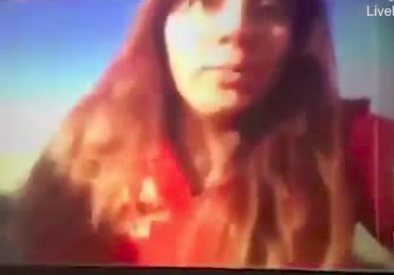 “I fucking love my sister to death. I don't give a fuck. We about to die. This is the last thing I wanted to happen to us but it just did,” she said into the camera before turning it back to her sister's body.

Ramnik Samrao, a public defender who represents Sanchez, told BuzzFeed News after the hearing that the teen “feels absolutely terrible” and is grieving for her sister.

“She feels completely responsible and she said that over and over in the video,” he said. “They were close and she's still in shock, but that doesn't mean a crime was committed.”

He also chastised those who have been attacking his client on social media, revealing that the 18-year-old had been in foster care and was a victim of human sex trafficking.

“It's upsetting that so many people are judging her based on a few minutes of a video and they don't know anything about the person behind that and what she's been through,” he said. “No one knows how you would react when your sibling dies in your arms.”

Samrao noted that social media had a role in the accident given the “pressure kids face to act and do things a certain way.”

“Social media companies target teenagers and they don't do anything to try and keep kids from doing things they shouldn't. In fact, they encourage it and make a profit of it,” he said, pointing to Snapchat's speed filter that shows how fast you are going.

“Instagram highlights all these videos of people doing crazy stupid things to young people who already feel a lot of pressure to fit in and look cool,” her attorney argued.

Manuela Seja, who was ejected from the car and survived, also faulted social media for the crash that killed her girlfriend.

Manuela Seja told ABC 30 that she and Jacqueline had been dating for seven months after meeting on Instagram. She lived in Fresno and Jacqueline lived about 130 miles away in Stockton, which was where the teens were heading before Sanchez crashed.

Obdulia Sanchez was wearing a seatbelt, but the two younger teens were not and were ejected, officials said.

Sanchez was previously convicted of reckless driving when she was 14-years-old and driving without a license, the California Department of Motor Vehicles told the Los Angeles Times.

Obdulia had just graduated high school, her father, Nicandro Sanchez, told local media, but “had a lot of problems,” noting that she had spent the past two years in child protective services.

His younger daughter, Jacqueline, had just finished 10th grade and wanted to become an actor or singer.

LINK: The Teen Who Survived A Deadly Crash That Was Livestreamed On Instagram Blames Social Media