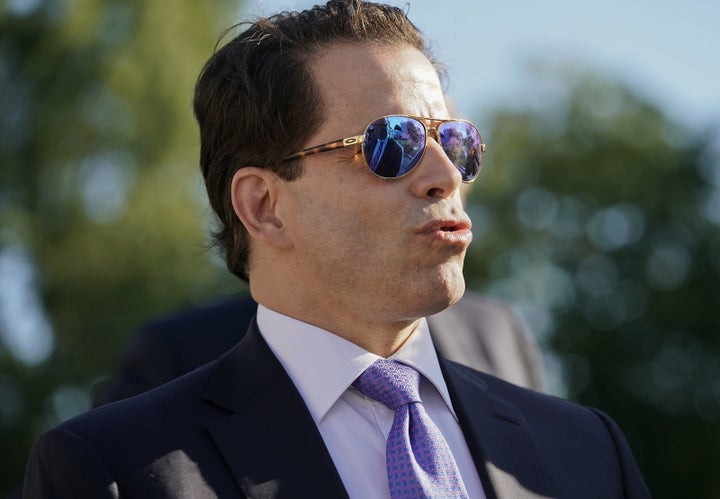 The New Yorker's Ryan Lizza on Thursday published a full account of the angry tirade he heard from Scaramucci over the phone on Wednesday night, headlined “Anthony Scaramucci Called Me to Unload About White House Leakers, Reince Priebus, and Steve Bannon.” Moments after the conversation, Scaramucci posted a bizarre tweet that called for the FBI to investigate the “leak” of his financial disclosures — which were already public. 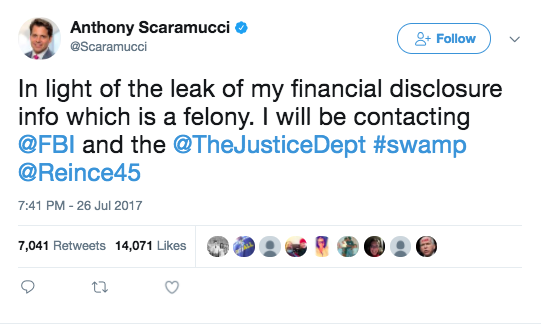 White House Chief of Staff Reince Priebus was tagged in the tweet, prompting speculation that Scaramucci held him responsible for the leak. Scaramucci later deleted his original claims there had been a “felony,” and he denied that he had accused Priebus of anything.

But on Wednesday, Scaramucci was heated in his criticism of anyone who leaked information from the White House.

“What I want to do is I want to fucking kill all the leakers and I want to get the president’s agenda on track so we can succeed for the American people,” Scaramucci told the New Yorker.

He told Lizza that he believed Priebus had been a confidential source to the New Yorker. Scaramucci threatened to fire all of the assistants to the president to smoke out leakers, and he said that Priebus would be resigning soon.

“Reince is a fucking paranoid schizophrenic, a paranoiac,” Scaramucci said.

Scaramucci added that he was not seeking publicity for himself personally.

“I’m not Steve Bannon, I’m not trying to suck my own cock,” he told the New Yorker. “I’m not trying to build my own brand off the fucking strength of the president. I’m here to serve the country.”

At the end of the call, he told Lizza that he was going to get on Twitter.

“Yeah, let me go, though, because I’ve gotta start tweeting some shit to make this guy crazy,” Scaramucci said.

By Thursday, sources told BuzzFeed News they believed that Priebus would be resigning soon.

“The stuff Anthony is pulling is unreal,” a source close to the administration said. “If I was Reince, I would be like, 'fuck you guys, I'm out.'”