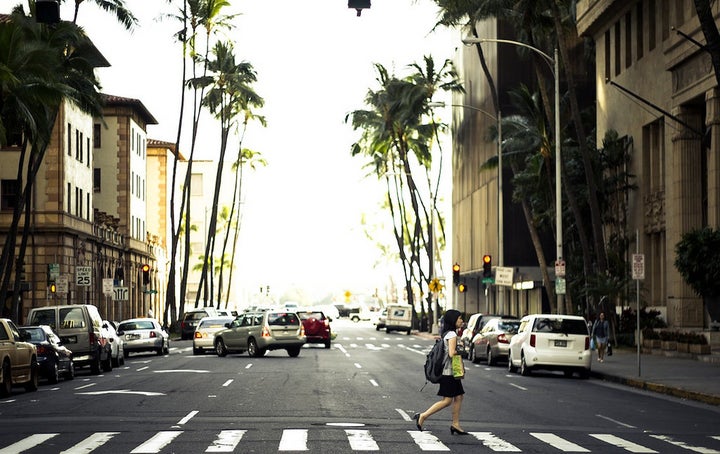 HONOLULU — Honolulu Mayor Kirk Caldwell signed a bill Thursday afternoon making it illegal for pedestrians to look at their phones while crossing the street, becoming the first major US city to ban use of the devices while walking.

People caught viewing a mobile electronic device while crossing a road or highway can be fined up to $35 for their first offense. That fine rises to up to $75 for a second offense in the same year and up to $99 for a third violation.

“We want to protect pedestrians both as they walk on our sidewalks but also on our crosswalks,” the mayor said Thursday at a press conference. “And we hold the unfortunate distinction of being a major city with more pedestrians being hit in crosswalks, particularly our seniors, than almost any other city in the country.”

“Sometimes I wish there were laws that we didn’t have to pass — that perhaps common sense would prevail,” Caldwell said, “but sometimes we lack common sense.”

Honolulu City Councilman Brandon Elefante told BuzzFeed News that he introduced the bill after high school safety clubs in his district said they were concerned about their “peers who were using electronic devices and not really paying attention while crossing the street in a major highway section.”

“This issue has been a growing concern as technology has advanced and the main driving point is safety. You are really unable to put a price for someone's life,” Elefante said. “Having a law like this will help people become more aware.”

The bill takes effect on October 25 and applies to cell phones as well as other “mobile electronic equipment” that includes laptops, video games, digital cameras, and pagers. It exempts use of the devices to contact 911. Emergency responders and drivers using their devices for work would also not be penalized. 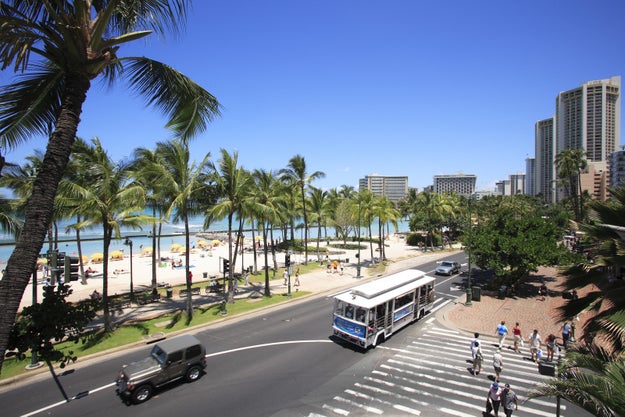 A Honolulu Police Department spokesperson told BuzzFeed News it supports the law “as part of the department’s effort to reduce traffic-related injuries and deaths.”

“Pedestrian safety is dependent on both drivers and pedestrians looking out for each other,” spokesperson Michelle Yu said in a statement. “When a pedestrian commits a hazardous act, it can endanger other pedestrians as well as motorists. Enforcement of the new law will be preceded by a public education and warning period.”

Elefante said the Honolulu Police Department worked with the city council to craft the bill in language that would be enforceable.

Honolulu city council member Ernie Martin, who was one of two to oppose the bill, said it “borders on over-regulation” and “the law as written may be challenged” in the court system.

Martin said he would have preferred a public awareness educational campaign, especially “given that the target group for the legislation was teenagers.”

The police department also said it supported the bill because “studies have shown that distractions, including cell phones and other electronic devices, are contributing factors in many traffic collisions.” 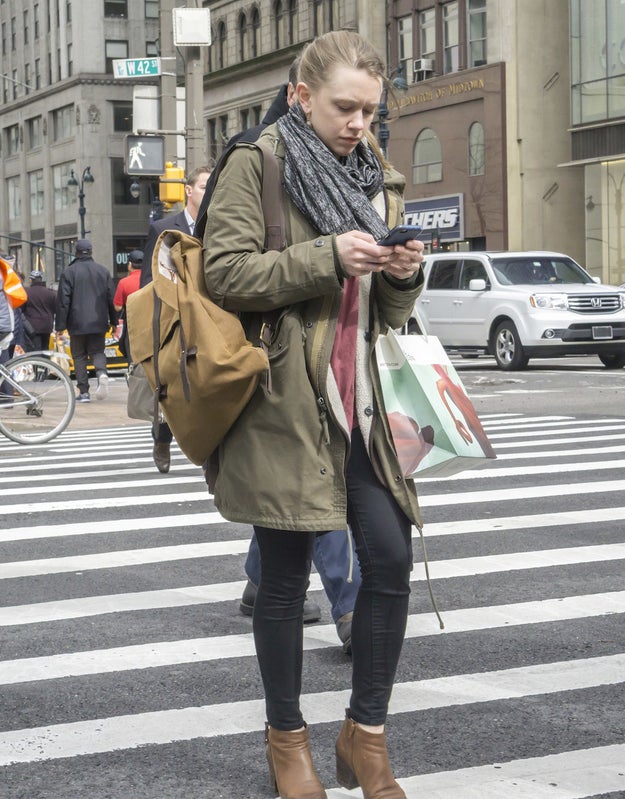 Statistics on pedestrian fatalities related to texting while walking do not exist because it's not always clear what caused the accident — pedestrians using devices, motorists doing the same, or someone missing a crossing signal. Still, the Governors Highway Safety Association, a nonprofit that works with state highway safety offices, says the number of pedestrian fatalities across the US has been rising sharply over the past few years.

The group projects an 11% increase in the number of pedestrians killed on US roadways last year compared to 2015. Among several reasons cited by GHSA for the spike in pedestrian fatalities was the rise of smartphones for messaging, “a frequent source of mental and visual distraction for both walkers and drivers.”

Injuries suffered by people walking while using their phones have been widely reported. Last year, a man fell into a pond in New York while playing Pokémon Go on his phone. This summer a video went viral after a New Jersey woman who was staring at her phone fell into an open cellar door.

Other cities have experimented with different ideas. In Paris, where there are a reported 4,500 pedestrian deaths per year, “the crash billboard” was set up at several intersections by a marketing agency to frighten people into being more aware.

Augsburg, a city in Germany, has experimented with placing lights in the ground that act as crosswalk signals, changing from red to green, so that smartphone users would be more aware.