“This has been the worst morning of my life.”

This is 19-year-old Shannon Barbour from Charlottesville, Virginia. He’s a sophomore at Old Dominion University, but is currently working during summer break to make as much money as he can before heading back to school.

On Thursday night, just before going to bed, Shannon received a text message from someone inquiring about the sale of a cow. 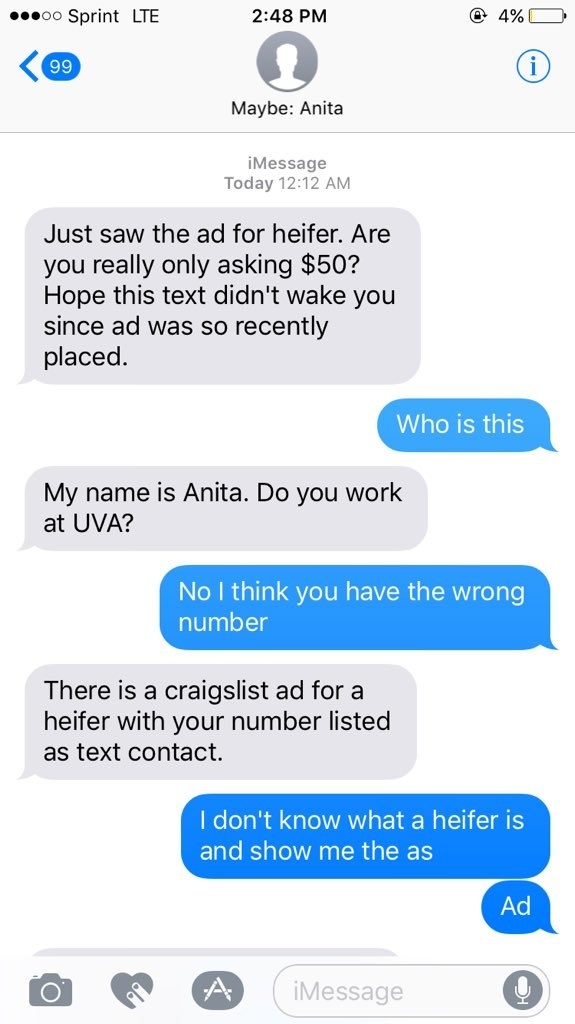 “[Someone called me] and they were asking for a 'heifer' or something,” Shannon told BuzzFeed News. “I was like, 'Excuse me?, I think you have the wrong number.'”

Shannon went to bed without thinking much of the message or the phone call, but woke up on Friday morning to so many calls and messages on his phone that it wasn't even displaying notifications anymore.

As it turned out, the calls and text messages were coming from a Craigslist ad which had listed Shannon’s cell as the contact number.

The “heffer” that people were asking about was actually a “heifer,” a type of cow, that was listed for sale by an anonymous poster and spelled incorrectly. A heifer is a young female cow that has not given birth.