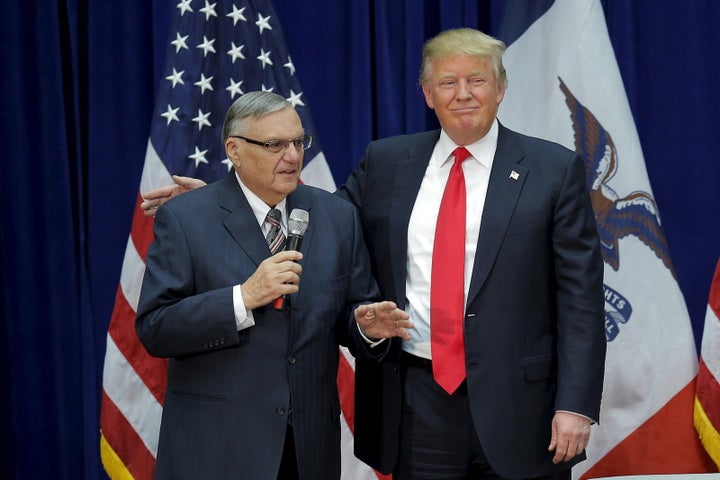 The controversial 85-year-old former Maricopa County sheriff, who lost re-election in 2016 after 23 years in office, was found guilty of criminal contempt in July for defying a federal judge's order to stop detaining people based on suspicion of their immigration status when there was no evidence that they had broken a state law. Facing up to six months in prison for the misdemeanor offense, Arpaio's lawyers had said he would appeal.

Today, President Donald J. Trump granted a Presidential pardon to Joe Arpaio, former Sheriff of Maricopa County, Arizona. Arpaio’s life and career, which began at the age of 18 when he enlisted in the military after the outbreak of the Korean War, exemplify selfless public service. After serving in the Army, Arpaio became a police officer in Washington, D.C. and Las Vegas, NV and later served as a Special Agent for the Drug Enforcement Administration (DEA), formerly the Bureau of Narcotics. After 25 years of admirable service, Arpaio went on to lead the DEA’s branch in Arizona.

In 1992, the problems facing his community pulled Arpaio out of retirement to return to law enforcement. He ran and won a campaign to become Sheriff of Maricopa County. Throughout his time as Sheriff, Arpaio continued his life’s work of protecting the public from the scourges of crime and illegal immigration. Sheriff Joe Arpaio is now eighty-five years old, and after more than fifty years of admirable service to our Nation, he is worthy candidate for a Presidential pardon.

Trump's decision, while sure to be controversial, is not surprising: the president has repeatedly signaled his intention to pardon the Arizona sheriff.

“Was Sheriff Joe convicted for doing his job?” Trump asked a crowd of boisterous supporters at a Phoenix rally on Aug. 23. “He should have had a jury, but I'll make a prediction: I think he's going to be just fine. I'm not going to do it tonight because I don't want to cause any controversy … but he should feel fine.”

Trump also told Fox News on Aug. 13 that he was “seriously considering” pardoning Arpaio, who endorsed him during the 2016 election.

“He has done a lot in the fight against illegal immigration,” Trump said. “He’s a great American patriot and I hate to see what has happened to him.”

Arpaio had told the Arizona Republic newspaper on Aug. 9 that he would welcome a pardon, but was not expressly asking for one.

“Many, many people around the country are saying, 'Trump should pardon,'” Arpaio said. “I have not called him on this issue. I’m sure I could. … I’m with him, pardon no pardon, and not asking him. Although, as I said, many other people are asking him.” 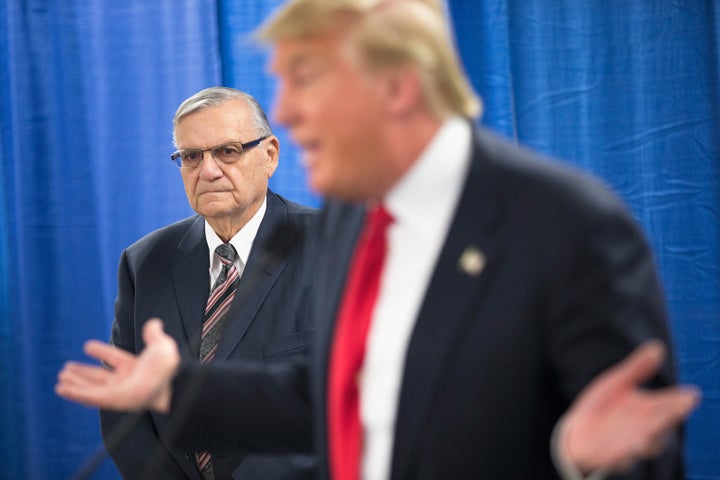 Arpaio, who dubbed himself “America's toughest sheriff,” established a polarizing national profile for his hardline stance on undocumented immigrants.

Though federal authorities are tasked with enforcing immigration laws, Arpaio ordered his deputies to check the legal status of people they encountered. Deputies were instructed to arrest undocumented individuals and turn them over to immigration authorities for deportation, even if they had committed no crime other than lacking documentation.

When the ACLU sued Arpaio, accusing him of conducting racial profiling and violating the constitution, a federal district judge ordered the sheriff in 2011 to halt the practice. When Arpaio publicly refused to do so, the judge found him to be in civil contempt of court and recommended the criminal charge.

In July, another federal judge convicted him of contempt of court, finding Arpaio had shown a “flagrant disregard” for the law and had “”willfully violated the [2011] order.” 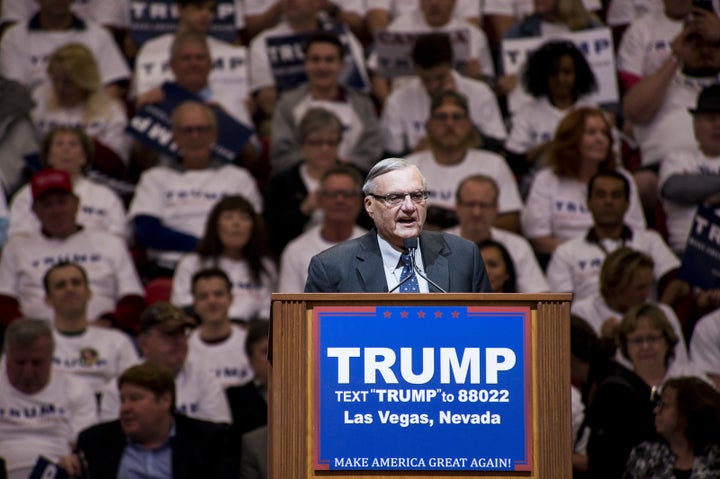 “It seems as though conservatives say, 'Rule of law for me, but not for you. Opportunity for us, but not for you. Amnesty for Arpaio, but not for the hard-working,'” Artemio Muniz, chair of the Texas Federation of Hispanic Republicans, told BuzzFeed News this week.

Arpaio’s conviction, as well as his election loss in 2016, marked a huge win for Latino and immigrant activists in Maricopa County who had campaigned to oust him for years.

But the sheriff had also worked to establish a close relationship with Trump after endorsing him in January 2016 — something the Republican candidate frequently referenced on the campaign trail. Arpaio appeared at Trump rallies and also spoke at the Republican National Convention.

In August, speaking to Fox Business, Arpaio said he “really appreciate[s] the President’s nice comments and support” and claimed that his conviction was “strictly a political hit.”

Like Trump, Arpaio spent years peddling the conspiracy theory that former President Obama was not born in the US.