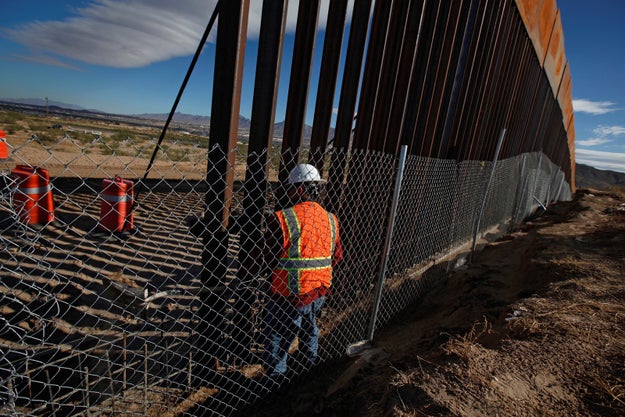 The Trump administration on Thursday announced the four companies that will build concrete prototypes for the president’s long-promised border wall with Mexico.

“This is the first tangible result of the action planning that has gone on,” Vitiello said at a news conference.

Construction in San Diego, California, is expected to begin in a few weeks, at which point the four companies will have 30 days to build. 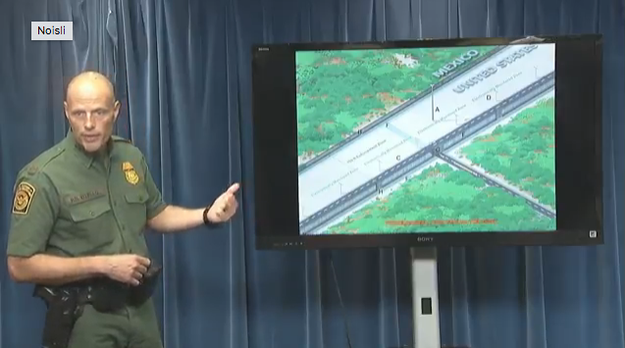 Ronald Vitiello, acting deputy commissioner of US Customs and Border Protection (CBP) showing reporters renderings of where the wall would be built.

Vitiello said the contracts for each company range from just under $400,000 to nearly $500,000. The Department of Homeland Security identified $20 million to be re-directed for the construction of the prototypes, but not to build the actual wall.

The four prototypes will be built near each other and are expected to be 30 feet long and up to 30 feet high.

They will also feature “see-through features.”

Trump has said he wants the new border wall to be transparent so people can avoid being hit with “large sacks of drugs” being thrown over the barrier.

“Part of the proposal was to give us see-through features so we’ll see when they’re built how they’ll address that,” Vitiello said. 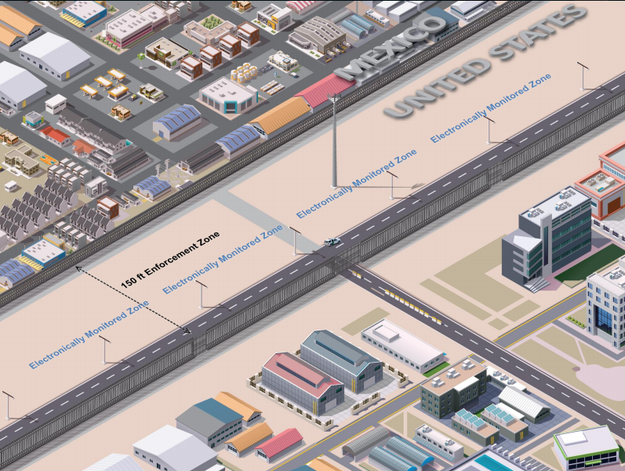 Renderings of the enforcement zone where the wall would be built.

The prototypes will also be expected to make space for technology like sensors, cameras, and towers that border patrol agents can use.

Christian Ramirez, director of the Southern Border Communities Coalition and Human Rights Director of Alliance San Diego, said building a border wall will come at the expense of upgrading the nation's outdated ports of entry.

“Our booming binational region is in need of infrastructure that facilitates trade and commerce, investment in protecting our sensitive environment and assurances that the rights and dignity of border residents will be protected,” Ramirez said in a statement. “The administration's misguided insistence that a border wall must be built is an affront to the just demands of border communities to revitalize and not militarize our region.”