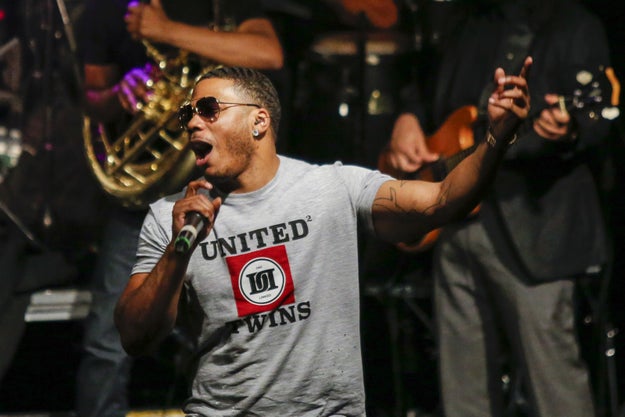 Rapper Nelly, born Cornell Iral Haynes Jr., has been arrested for alleged sexual assault in Auburn, Washington, after a woman accused him of raping her on his tour bus after a concert on Friday night.

“At 3:48 a.m. a female called 911 to report that she was sexually assaulted by a male, who is known as the rapper 'Nelly',” announced Auburn Police Department in a press release.

“The alleged assault was reported to occur on the tour bus that was parked at the listed location. Nelly had performed at the White River Amphitheater just hours before,” it continued.

The location, 762 Outlet Collection Drive, is for a Walmart parking lot, located about 10 miles from the concert venue.

After officers investigated the complaint, Nelly was arrested at 4:37 a.m. and taken to the SCORE jail facility in Des Moines, Washington, where he was booked, said Auburn Police.

In a statement to TMZ, who first reported the allegations about Nelly, his lawyer denied the rape accusation, calling it “completely fabricated”:

Nelly is the victim of a completely fabricated allegation. Our initial investigation, clearly establishes the allegation is devoid of credibility and is motivated by greed and vindictiveness. I am confident, once the scurrilous accusation is thoroughly investigated, there will be no charges. Nelly is prepared to pursue all all legal avenues to redress any damage caused by this clearly false allegation.

A reporter for Washington's Q13 Fox News, Brandi Kruse, posted a reported picture of the jail booking for Nelly, showing the charge as rape in the second degree.

Kruse noted that the woman told Auburn Police she had just met Nelly after his show and was later sexually assaulted by him on his tour bus.

Nelly, 42, who gained fame in the early 2000s with his songs “Hot in Herre” and “Country Grammar,” was booked to perform in Ridgefield, Washington, on Saturday night.