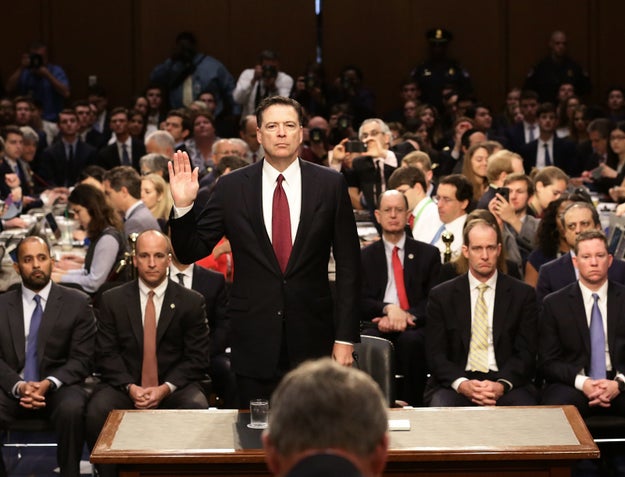 The document posted to the bureau's Freedom of Information Act Reading Room and dated May 2, 2016, contains the text of an email from Comey to other FBI personnel, forwarded by FBI official James Rybicki. The email reads, in full: “Please send me any comments on this statement so we may roll into a master doc for discussion with the director at a future date. Thanks, Jim.” The rest of the document contains 50 redacted pages.

President Trump tweeted three times early Wednesday in response to the news of the document and referred to statements previously made by Republican senators alleging Comey had drafted his statement exonerating Clinton from wrongdoing months ahead of time.

He went on to tweet, “As it has turned out, James Comey lied and leaked and totally protected Hillary Clinton. He was the best thing that ever happened to her!”

The FBI did not immediately respond to a request for further comment on the document.

Senators Chuck Grassley and Lindsey Graham had previously made comments regarding Comey's handling of the investigation into Clinton's emails, including allegations he drafted a statement before interviewing Clinton, citing transcripts of interviews with FBI aides reviewed by members of the Senate Judiciary Committee.

Trump fired Comey earlier this year, citing his handling of the investigation into Clinton's use of a private email server. In testimony before Congress, Comey said that Trump had asked him to end an investigation into former national security adviser Michael Flynn and Russian meddling in the election.