The poor pups were living in squalid, cramped conditions before they were rescued. They’re now up for adoption.

On Tuesday, officers from the Monroe County Sheriff’s Office had just conducted a traffic stop at 4:50 a.m. in Islamorada in the Florida Keys when one of them heard something strange. 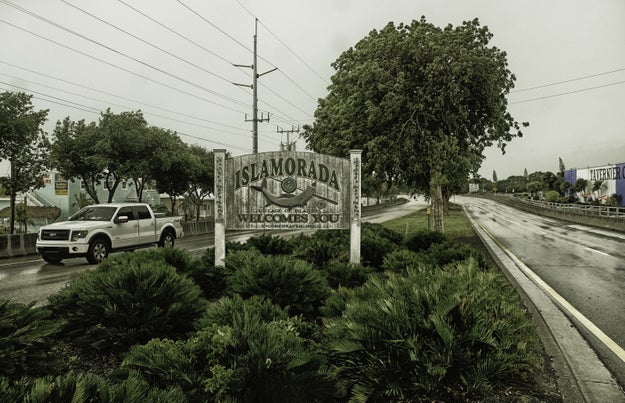 “As units concluded the traffic stop, I could hear dogs barking from a vehicle in the parking lot,” read an offense report filed by Deputy Bryan Branco.

As Branco searched the lot, he said he subsequently found 13 dogs packed inside a single SUV.

The dogs were alone, with the car off and the windows rolled down slightly, in a parking lot of the Islamirada Fishing Company on the Overseas Highway. There was no driver in sight.

“The dogs did not appear to be in distress and barked when we approached the vehicle,” wrote Seargant Patricia O'Keefe.

The officers then found Frank La Peruta working as a security guard on the property, who identified himself as the owner of the SUV and the dogs. 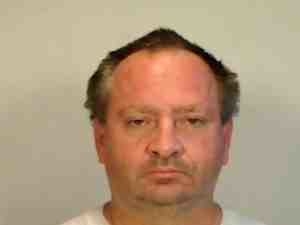 The officials wrote in their report that La Peruta, 54, told them “he could not rely on anyone to properly care for the dogs in Okeechobee as he worked in Islamorada and decided to bring them with him.”

When officers searched his name, they found a warrant for his arrest from Okeechobee County, a small county near the center of Florida. They placed him in custody.

The Miami Herald reports that authorities filed 14 counts of animal cruelty against La Peruta, after 10 cats were allegedly locked in a shed, two dogs neglected, and six “mistreated or neglected” horses on a one-acre property in Okeechobee County.

In Islamorada, the Sheriff’s Office called Kevin Hooper, an animal control officer for Monroe County, to take the dogs living in the SUV away. 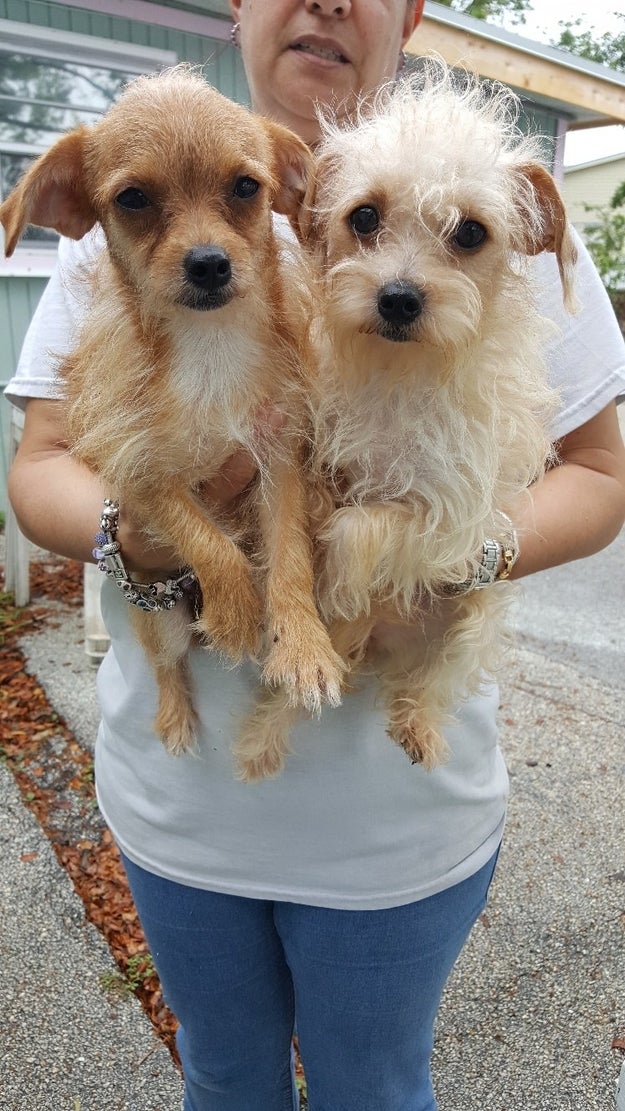 “There was a small bowl of water between 13 of them, feces everywhere, all the upholstery in the car was damp,” Hooper told BuzzFeed News. 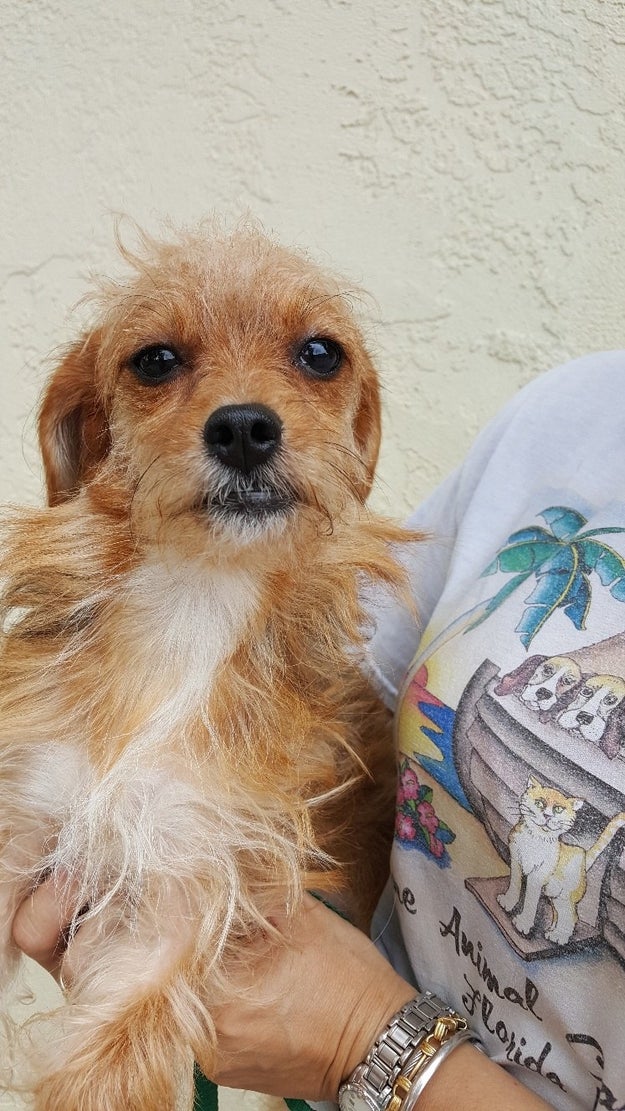 Dog food covered the car, especially the cupholders which “seemed to be serving as a feeding bowl for the dogs. I don't know how the larger dogs were living,” said Hooper.

Getting 13 dogs out of a car was no simple task. “The dogs were very afraid. Every time I went to open the door, they’d all run down to the other end of the car. It took quite a while to get them out,” said Hooper. 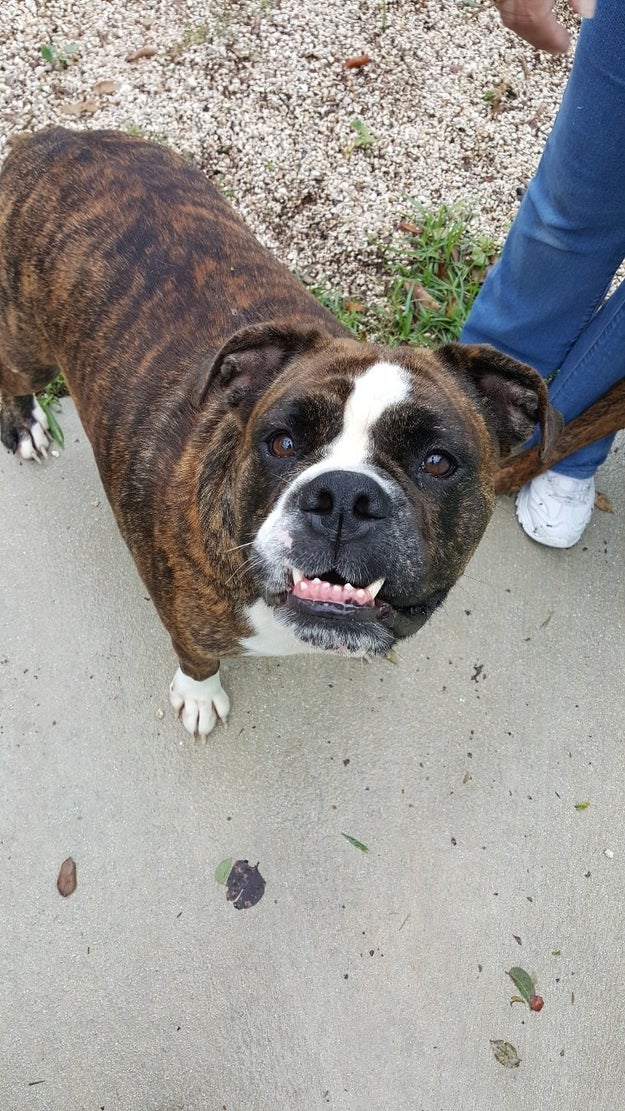 “The larger two were easier, they were quite happy to stretch their legs,” he added.

Hooper took the dogs to the Key Largo Animal Shelter, where shelter director Marsha Garrettson was awaiting them. She’d dealt with 21 cats in a mass hoarding before, but this was the first time she’d had so many dogs. 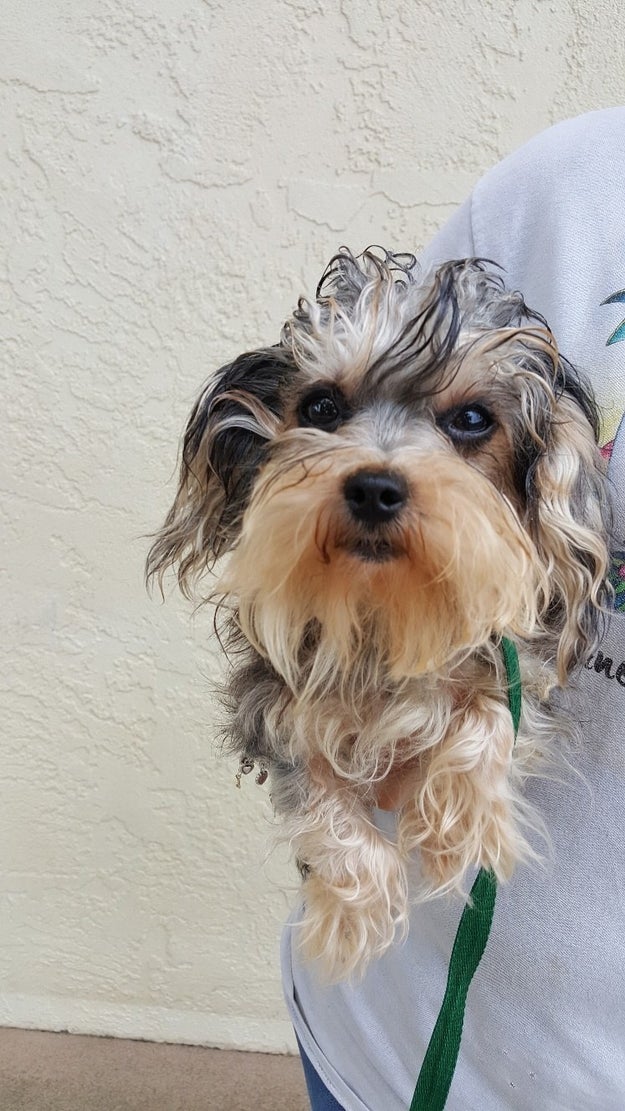 “For a small shelter like us in a tiny island, it’s a lot for one person,” said Garrettson.

The dogs were in desperate need of help. “We had to shave the matted hair off and bathe and clean them off and vaccinate them and deworm them,” Garrettson told BuzzFeed News. 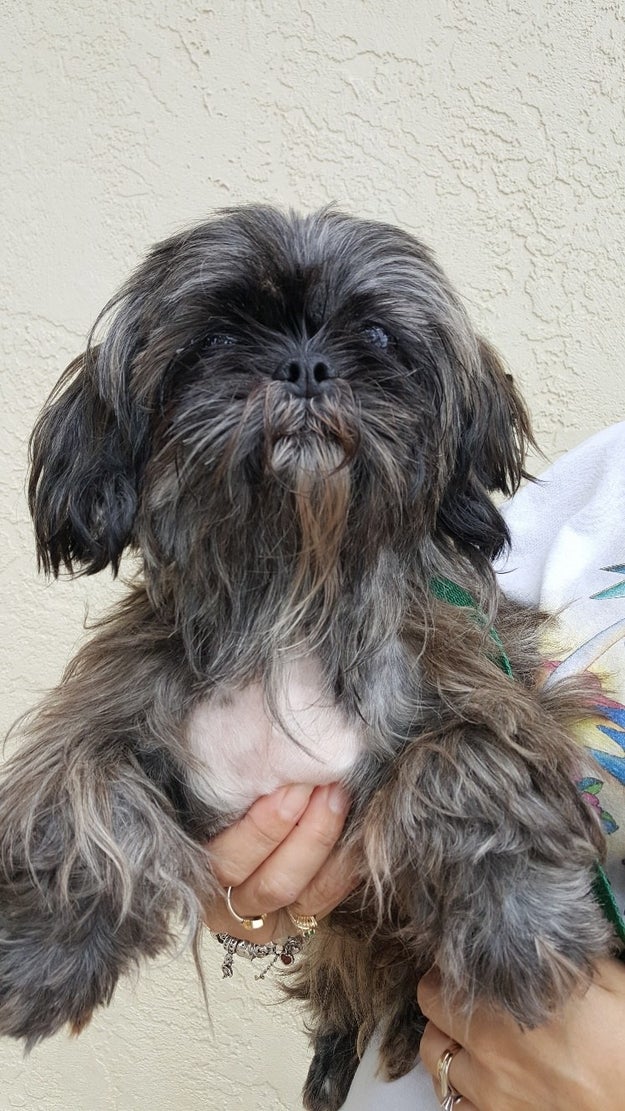 The dogs were “full of fleas and internal parasites; hookworms, whipworms, ear mites,” she said.

The dogs are a mix of mutts. “One dog is pretty old, she’s sweet, she’s a Brindale Pitt [bull] mix,” said Garrettson. 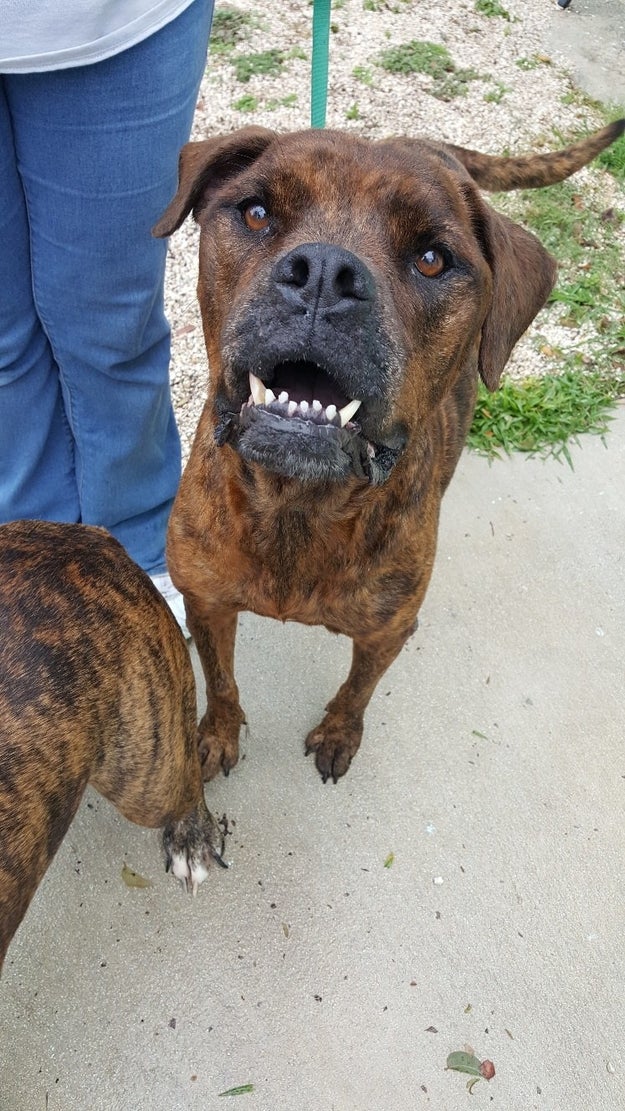 One is an English Bulldog crossed with a Boxer, Garrettson believes — “you know how English bulldogs are, she's real fat.”

Then there’s a bunch of young terriers, Maltese and some that look like Kirin Terriers — “real cute” — and a Shih Tzu. 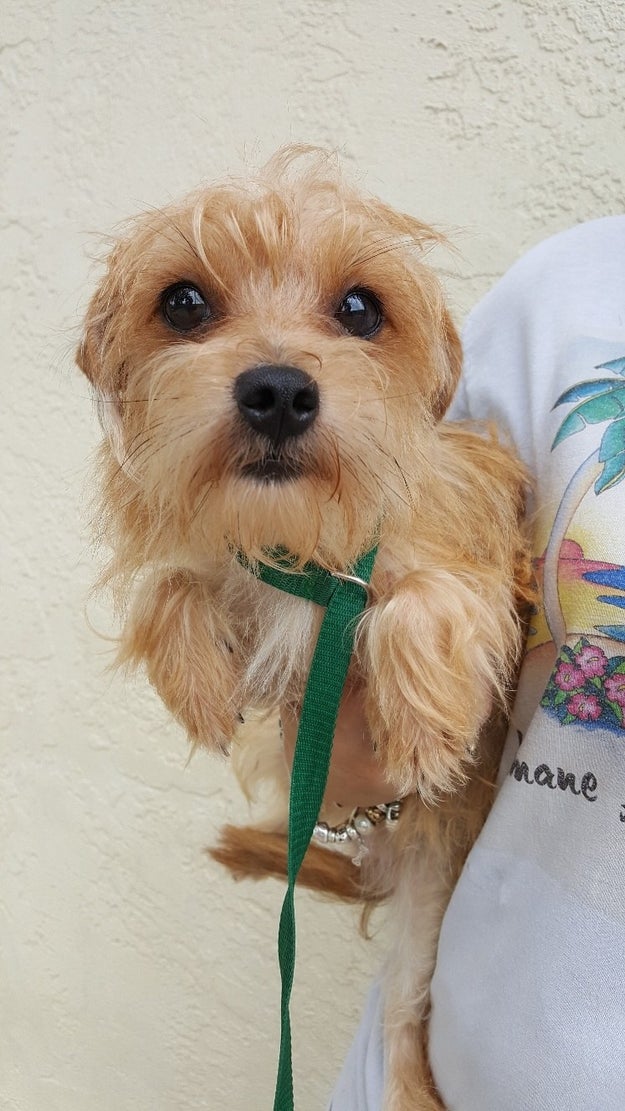 “They're all friendly with each other,” said Garrettson.

The dogs are currently unnamed, although volunteers at the shelter gave Garrettson a list on Friday of suggested names for her to choose. 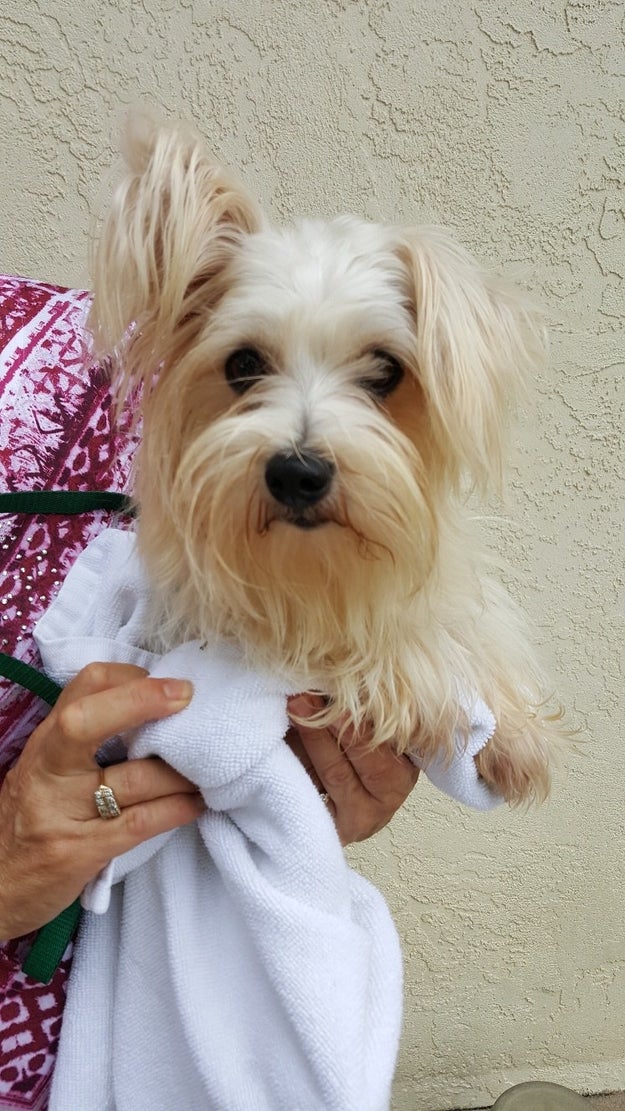 “Toto cause of the terriers, Taffy cause a lot of them are taffy colored, Sasha for the shitzu, for the English bulldog, Brandy, maybe?” said Garrettson.

The dogs have easily settled in to their new non-car life, said Garrettson, although it hasn’t been easy for all of them. 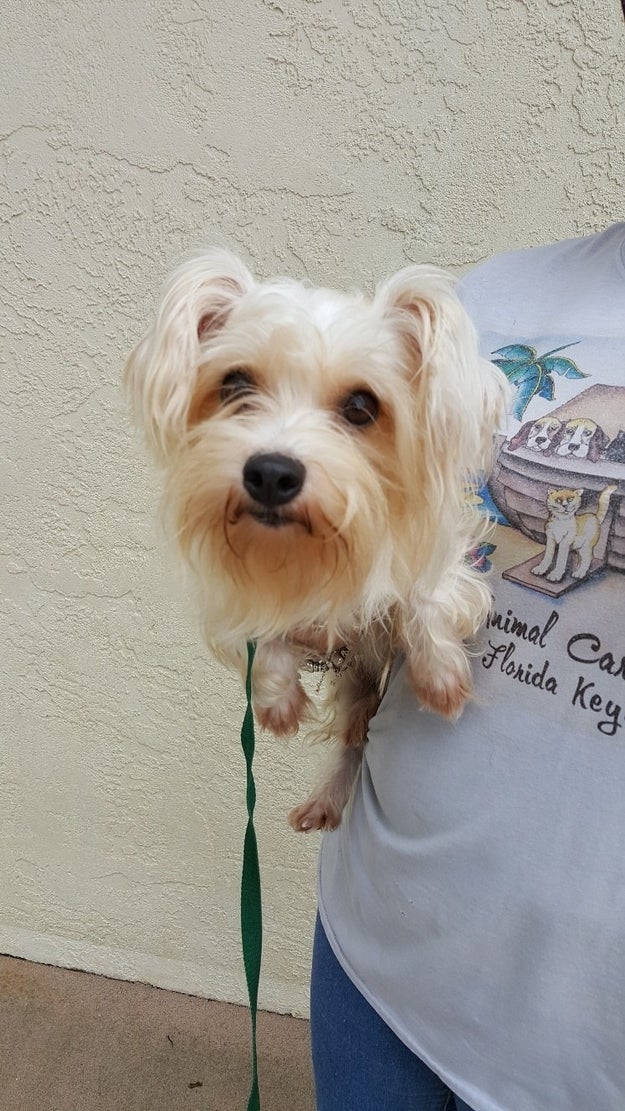 “There's a couple of them that are skittish, that need to be worked with more, that are real shy. They aren't socialized. So we’ll socialize them and make them more adoptable,” said Garrettson.

They’ll be sprayed and neutered this week, and then ready find their, ahem, furever homes. 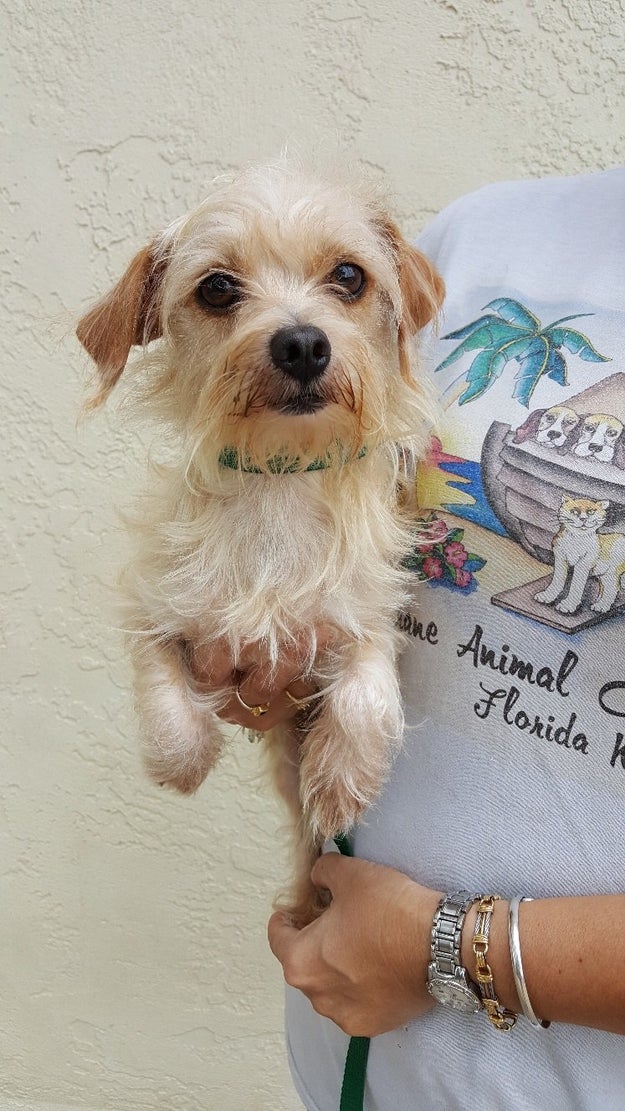 The dogs will all be available for adoption on the shelter website this week. 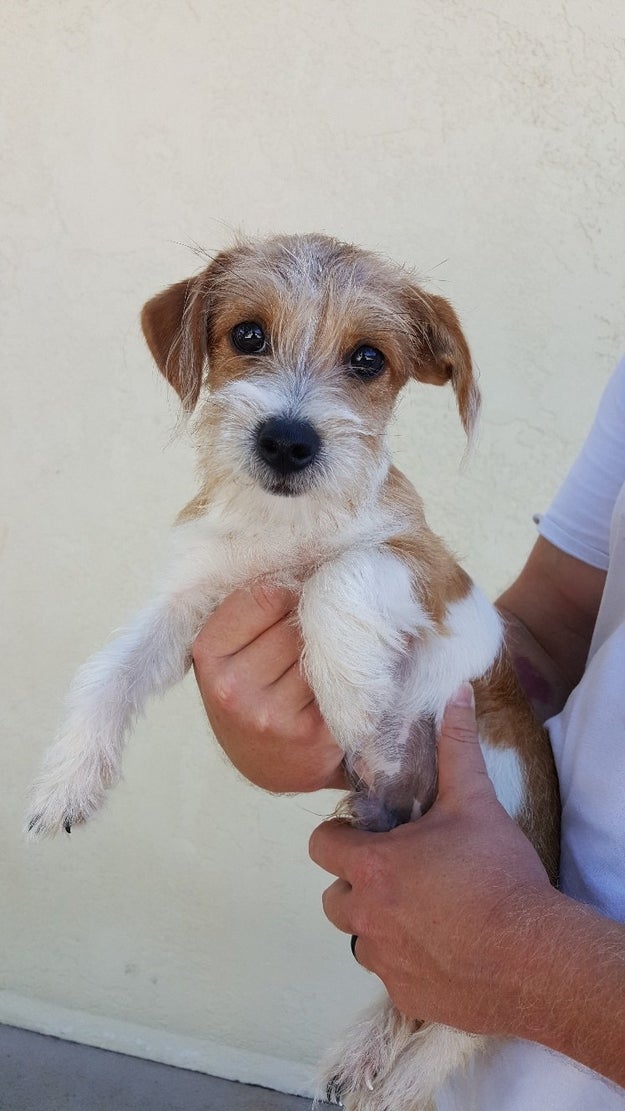 I call dibs on this guy though.