“I think you will enjoy it,” the White House press secretary said. 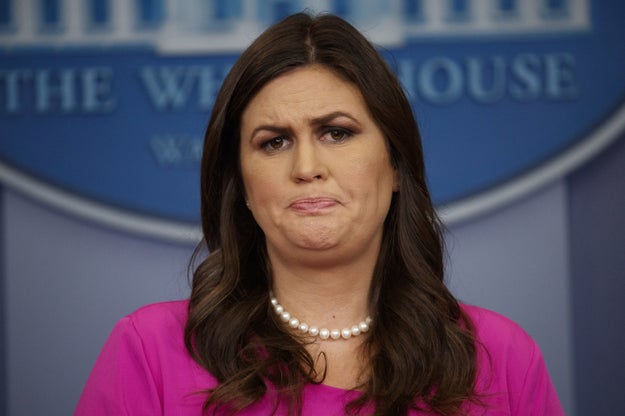 “This story has been floating around the internet for a while. The numbers are not exact and I'm not encouraging any drinking,” she started. “That's mostly for my parents. I think you will enjoy it.”

Here it is verbatim, with reactions by confused cats:

“Suppose that every day 10 people, for our purposes, go out for beer. The bill for all 10 comes to $100. If the 10 reporters paid their tab every night the way we pay our taxes, it would go something like this:”

“The 10 reporters drank in the bar every day and seemed happy with the arrangements, until one day, the bar owner threw them a curve ball.”

Drinks would now cost just $80. They wanted to pay the bill the way we pay our taxes. The first four still drink for free.”

“What about the other six? How could they divide the $20 windfall so everyone gets their fair share?”

“These were reporters and they are concerned with fairness. They realized that $20 divided by six is $3.33. If they subtracted that from everybody’s share, the fifth and the sixth reporter would each end up being paid to drink beer.”

“The bar owner suggested raising it by a higher percentage. He explained that they continue following the principal of the tax system they have been using. He proceeded to work out the amounts that each should pay.”

“Once outside the bar, they began to compare their savings.”

'That's right. I only saved $1 too. It's unfair that he received 10 times more benefit than me.'

'That's true!' shouted the seventh. 'Why should he get $10 back when I got 2. The wealthy get all the breaks.'

“‘Wait a minute. We didn’t get anything at all. This new tax system exploits the poor.'”

“The next night, the 10th man didn't show up for drinks and they had their beers without him. When it came time to pay the bill, they discovered something important: They no longer had enough money to even cover half of the bill.”

“That, ladies and gentlemen, is how our tax system works.”