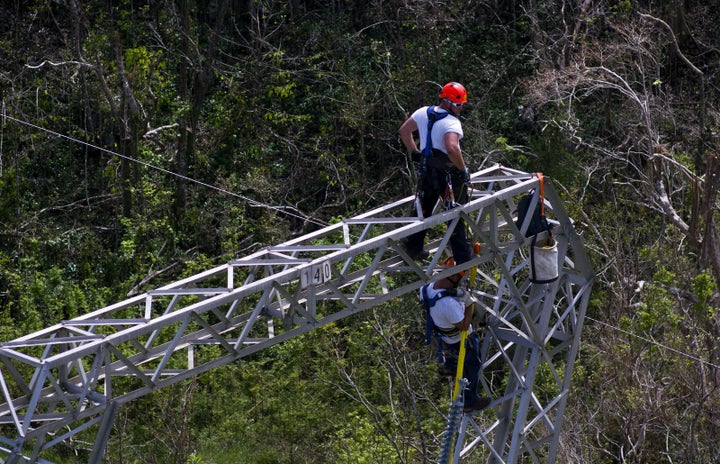 The Federal Bureau of Investigation has launched an investigation into how a small energy company headquartered in Montana received a $300 million no-bid contract with the Puerto Rico Electric Power Authority to rebuild the island's devastated electric grid.

The FBI's San Juan field office is looking into the circumstances surrounding the disaster recovery deal, The Wall Street Journal reported, citing three people familiar with the matter. The report was later confirmed by CNN, citing a source.

“At this time we cannot confirm or deny the existence of an investigation,” a spokesperson for the FBI told BuzzFeed News about the reported investigation into the contract with Whitefish Energy Holdings LLC.

From Washington to San Juan, questions quickly arose this month over how the company — which only had two full time staff members at the time of the contract — was chosen to rebuild Puerto Rico's power grid after Hurricane Maria ravaged much of the island.

Questions have also been raised about the company's possible ties to the Trump administration, including Interior Secretary Ryan Zinke, who is from the same Montana town that the company is based in and is reportedly an acquaintance of Whitefish Energy CEO Andy Techmanski. Trump campaign donor Joe Colonnetta is also the head of one of Whitefish Energy's major investors. Both Zinke and the White House have denied any federal involvement in the deal.

“The contract should be voided right away, and a proper process which is clear, transparent, legal, moral, and ethical should take place,” Cruz said.

According to the latest estimate, only 30.5% of the island has power after Hurricane Maria made landfall on Puerto Rico a month ago.

“We’re working in an emergency. Everybody is working on ten things at once. I don’t want to give apologies but those things happen,” Ricardo Ramos, CEO of PREPA, said Sunday, defending the decision to contract Whitefish and another private company, Cobra Acquisitions, LLC, to assist with restoring the grid.

“The best thing that can happen is its cancellation,” he added. “But the investigations will continue.”

Nidhi Prakash contributed to this report.