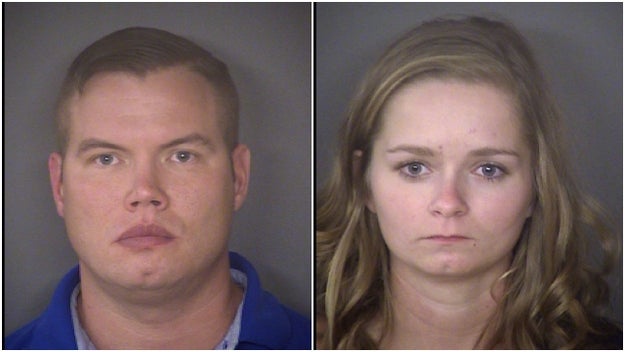 A Texas couple punished their two young daughters by beating them and forcing one to eat cat feces before brushing her teeth with it, authorities said.

James Chalkley, 32, and Cheyanne Chalkley, 22, were arrested and charged with injury to a child on Monday. They are in custody at the Bexar County Adult Detention Center.

Authorities were alerted on Sept. 19, when their 5-year-old daughter’s school teacher noticed bruising on her back while the child was reaching out for a box of colors, according to arrest affidavits provided to BuzzFeed News.

At first, the girl told the school nurse that she did not know how she got injured, but later said she fell at the playground.

The child and her 10-year-old sister later told a Bexar County Sheriff’s investigator that their father, James Chalkley, spanked them whenever they misbehaved, but because they bruised easily, Child Protective Services (CPS) wanted to get their father into trouble and” break up their family.”

CPS then removed the two sisters and their 3-year-old brother from the Chalkley’s home. The 5-year-old daughter complained of pain to her legs and had multiple bruises on her body, investigators said. 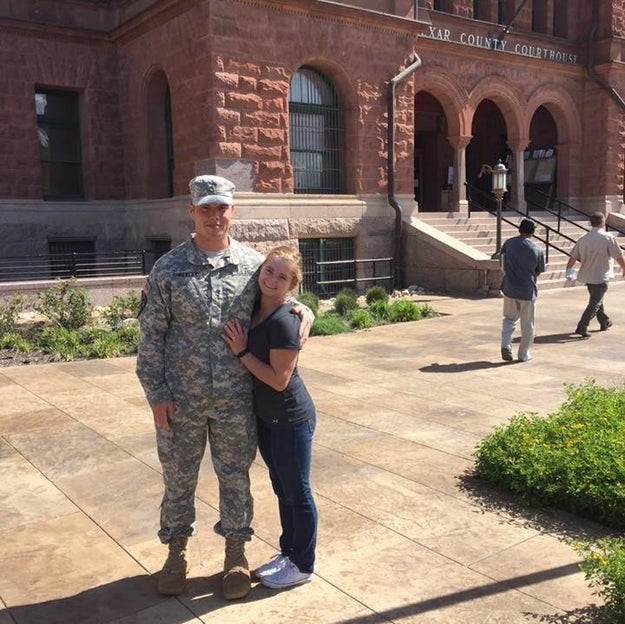 The two sisters then described to officials and their foster parent the alleged abuse they endured at the hands of their father, James, and stepmother, Cheyanne.

Both sisters said that their father and stepmother would often beat and spank them with belts and switches, according to the arrest affidavit. The 10-year-old girl said that her father shoved her head into a wall as her stepmother used a “switch” with thorns to strike her.

The 5-year-old child said that the two parents would “take turns” spanking her. She also said that James Chalkley used a shock collar — like the one used on dogs — on her arms, legs, and back, leaving “green marks” on her skin, the affidavit states. 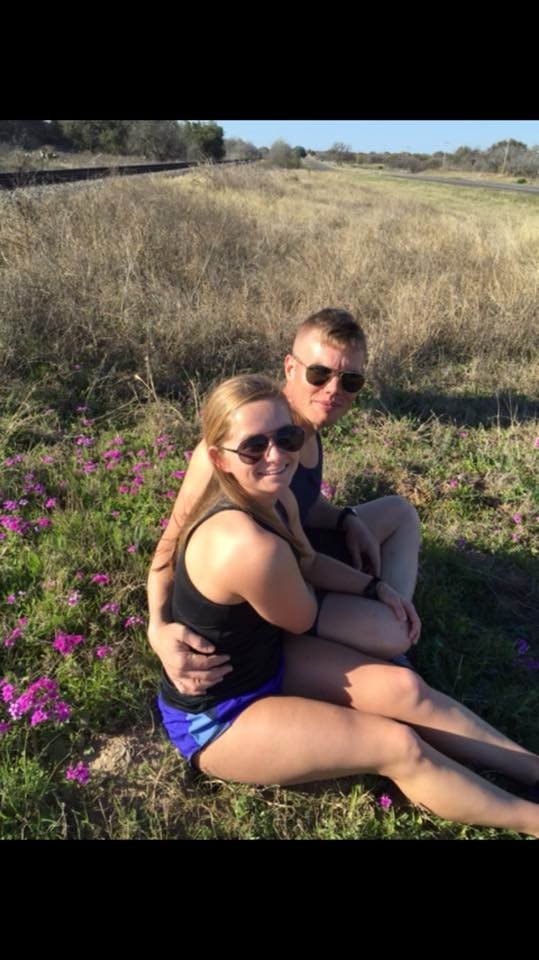 The girl also described an incident in which James Chalkley held her head in the toilet, flushed it, and then did the same to her 5-year-old sister.

Both children told their foster mother that James Chalkley once found cat feces in a closet and thought that they had intentionally refused to clean it, according to the affidavit.

He then smeared the “wet diarrhea” on their faces, made his 5-year-old daughter eat it, and then ordered the two girls to take a shower, the affidavit states. The 5-year-old girl said that he also put “poop” on her toothbrush and brushed her teeth so hard that he caused her to bleed.

The two girls told their foster mother that Cheyanne Chalkley was often present when their father was beating them and that she also hit them with “switches” taken from a lemon tree in their backyard, as well as with sticks and thorns.

CPS had previously encountered James Chalkley in 2016 when he left his children unsupervised, as well as in January, when he sprayed his naked children with cold water outside the home on a day when temperatures dropped to 45 degrees, the affidavit states. The case was closed as “high risk.”

Facebook pages that belonged to James and Cheyanne Chalkley showed photos of the family smiling together, as well as Cheyanne posing with the 3-year-old toddler.

LINK: Parents Charged With Murdering 4-Month-Old Baby Whose Maggot-Covered Body Was Found In A Swing