“But I don’t get to watch much television, primarily because of documents. I’m reading documents a lot.”

On Saturday, President Donald Trump dodged a question about the embattled Republican nominee for Senate in Alabama, Roy Moore, by saying that does “not watch much television.” 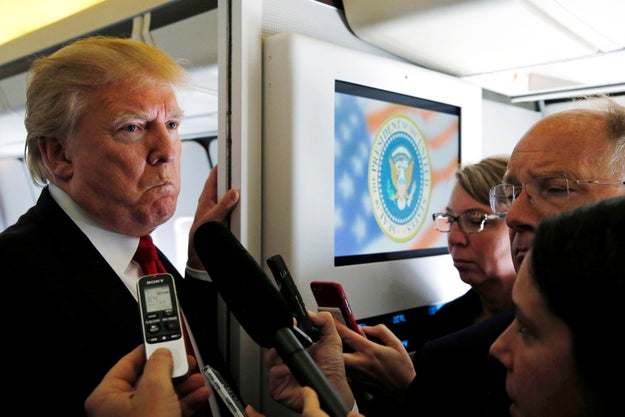 “Is it time to pitch him overboard?” asked the reporter, referring to the Washington Post story about Moore allegedly fondling a14-year-old girl when he was in his 30s.

Well, again, I've been with you folks, so I haven't gotten to see too much. And believe it or not, even when I'm in Washington and New York, I do not watch much television. I know they like to say — people that don't know me, they like to say I watch television. People with fake sources — you know, fake reporters, fake sources. But I don't get to watch much television, primarily because of documents. I'm reading documents a lot, and different things. I actually read much more — I read you people [referring to the journalists] much more than I watch television.

(Again, the Moore story was first published in the Washington Post, not on television).

It’s weird though, because for someone who doesn’t “watch much TV,” Trump sure does tweet all the time about his favorite show, Fox & Friends… 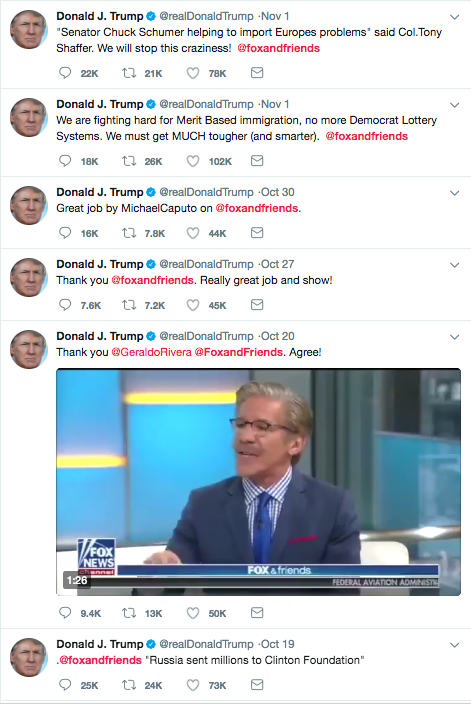 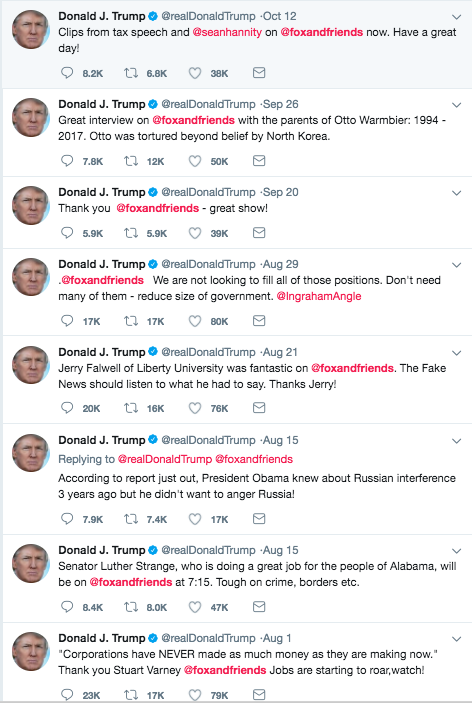 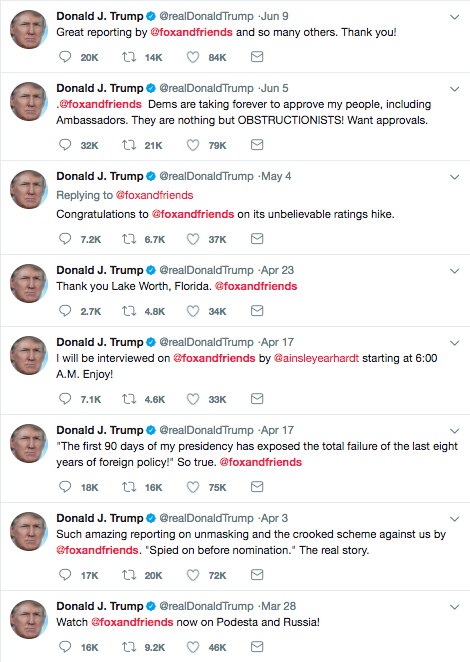 Giving his political opinions based on what the show is talking about and even tagging @foxandfriends so they know he’s watching. 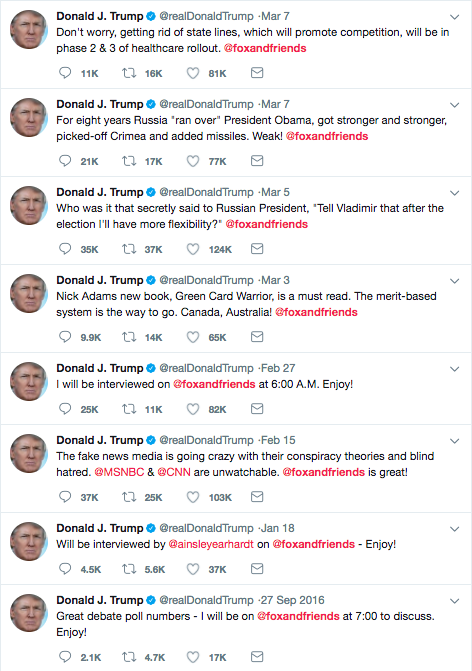 And this has been happening for years. 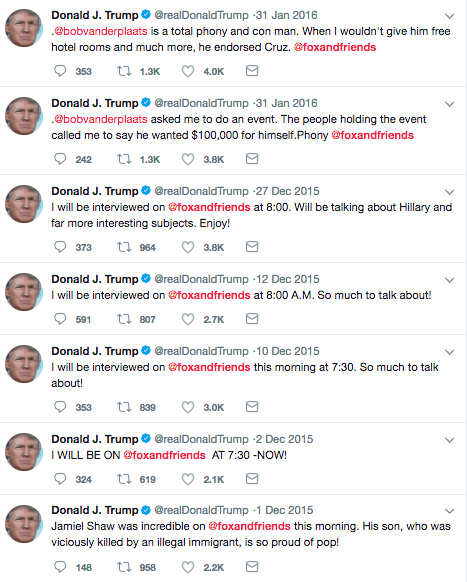 The president has also appeared on the show several times. 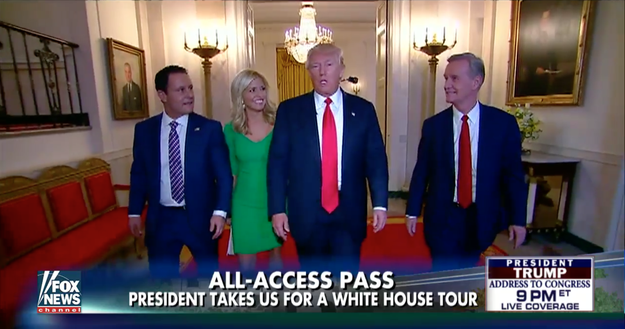 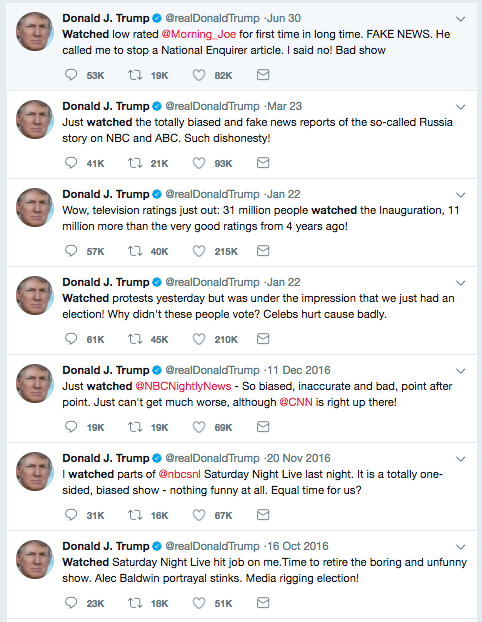 As well as CNN, Meet the Press, 60 Minutes, and of course Fox News. 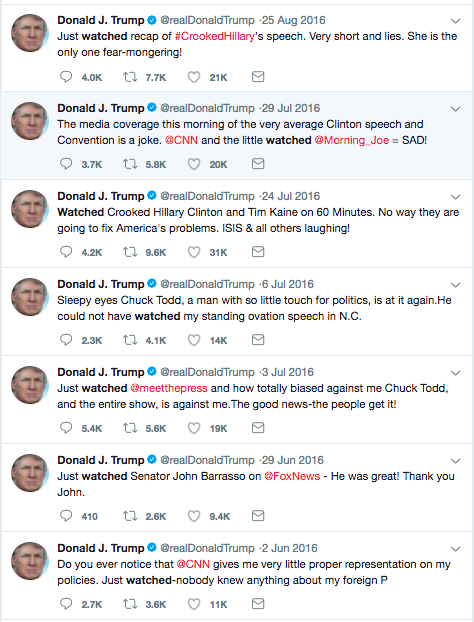 Back in 2015, during the early days of the election campaign, MSNBC’s Chuck Todd asked Trump on Meet the Press who he talked to for military advice. “Well, I watch the shows,” replied the now commander-in-chief. 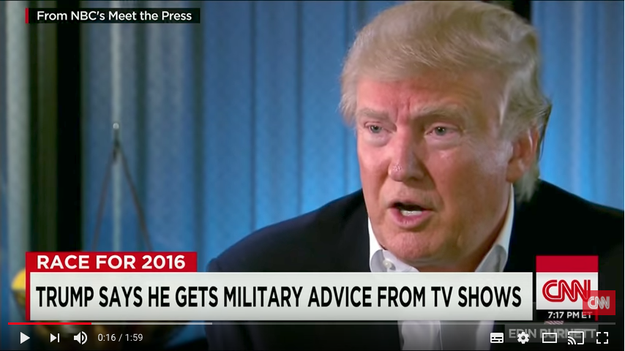 “I mean, I really see a lot of great — you know, when you watch your show and all of the other shows and you have the generals and you have certain people,” Trump added.