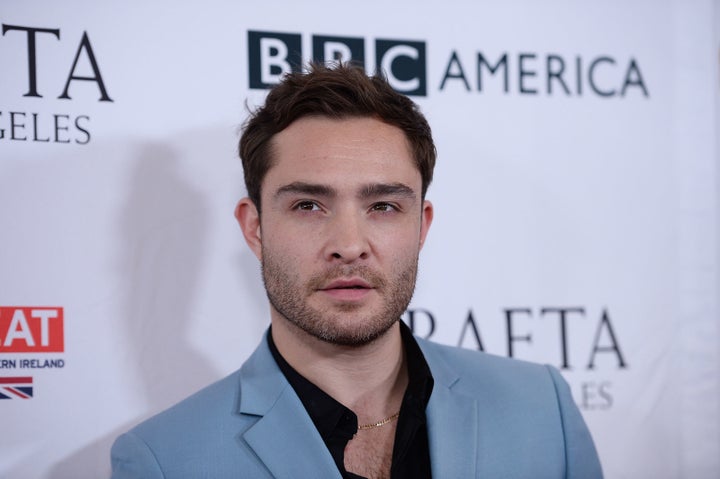 On the night before the Academy Awards in 2014, Rachel Eck received a text message from her ex-boyfriend asking her to meet at a party inside a swanky Hollywood hotel.

Eck, a 23-year-old executive assistant at the time, had just moved to Los Angeles and was excited by the idea she might get back together with her ex, Australian film producer Kaine Harling. Instead, it would be the last time they would see each other.

“On the way, he told me he was with his friend Ed Westwick,” Eck told BuzzFeed News, recalling that at the time she didn’t really know “who that was.”

When she arrived around 2:30 a.m. at the multi-bedroom villa at the Sunset Marquis in West Hollywood, she was surprised to find there was no party after all — just Harling and Westwick, a British actor best known for his role as Chuck Bass on Gossip Girl.

Westwick “asked me to invite a friend to hang out with the three of us,” she said, but it was late and her friends were asleep. “When I didn’t bring a girl for him he turned his sights on me.”

Eck said she was sexually assaulted by Westwick that night — the same year that two other women, Kristina Cohen and Aurélie Wynn, were allegedly raped by the actor.

A representative for Westwick did not have a comment on the new allegation. Westwick, 30, has denied both of the previous allegations, saying on Twitter that they are “two unverified and provably untrue social media claims.”

Eck said Westwick would “try to kiss me or kind of push me up against the wall,” whenever Harling would leave the two of them alone — an act Eck said happened a few times that night over a seven-hour period.

Eck said she “pushed off” Westwick each time, and told him that she was dating Harling.

As the night wore on, she said, “it got worse and he got more handsy.” Eck said she told Harling about Westwick’s unwanted advances, but Harling dismissed her objections. Westwick “didn’t mean it,” Harling allegedly told her.

Eck said she threatened to leave the hotel, but she liked Harling and he convinced her to stay. Finally, she told Harling she “was definitely leaving,” but then he said Westwick wanted to apologize.

She followed Harling into the villa’s bedroom where Westwick was. “Ed then pulled me onto the bed and aggressively groped me,” she said, referring to her breasts. “I shoved him off as quickly as I could and left.”

Eck, who is now a creative producer, said at the time she felt like what happened “just seemed to be accepted,” but when other women recently came forward with similar stories she realized that she wasn’t alone.

“I have never felt so uncomfortable in a situation like that in my entire life,” Eck said.

Maggie Knox, Eck’s friend and former coworker, told BuzzFeed News that Eck told her about the incident in 2015, shortly after the two started working together in Los Angeles. She said that she has now heard Eck tell the story on three separate occasions.

Two other friends of Eck, Ally Buzzanga and a woman named Jennifer, who did not want to use her last name, also said they had heard Eck recount the incident before this year.

“She told me he was grabbing at her,” Buzzanga said, who has been friends with Eck since moving to Los Angeles in 2016. “It was a crazy statement about getting groped by Ed Westwick.”

In the wake of the first two allegations, the BBC announced Friday that a miniseries starring Westwick, Ordeal by Innocence, would not air “until these matters are resolved.” The three-part drama had been set to air over the holidays.

Kristina Cohen, an actor in Los Angeles, was the first to accuse Westwick, saying in a Facebook post last week that she was brought to his house in 2014 by a producer she was dating, and that after falling asleep in a bedroom, she woke up to find the actor on top of her. “He held me down and raped me,” she wrote in the post.

Though Cohen didn't name the producer in her Facebook post, she later identified him to the Hollywood Reporter as Kaine Harling. Harling did not respond to BuzzFeed News requests for comment.

The Los Angeles Police Department has launched an investigation into Cohen's claim, after she filed a police report last week.

On Wednesday, former actor Aurélie Wynn alleged in her own Facebook post that she was raped by Westwick at the Glendower Estate in Los Angeles after a July 2014 party.

“I said 'no' and he pushed me face down and was powerless under his weight,” Wynn wrote. “I was wearing a one piece bathing suit that he ripped. I was in complete shock.”

Wynn said that she was seeing former Glee actor Mark Salling at the time and that he subsequently “blamed” her for the alleged rape and broke things off. (Salling recently pleaded guilty to child pornography charges and is facing up to seven years in prison.)

“My other friends and people around me told me it was best not to say anything, to not be 'that girl' and that no one would believe me and think I was just out trying to get my 10 seconds of fame,” Wynn wrote.

LINK: The LAPD Is Investigating Rape Allegations Against Ed Westwick