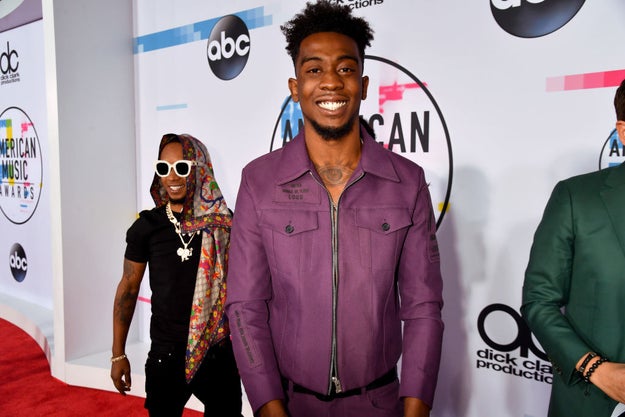 The woman behind the two was dancing along to Desiigner’s answer as if he were rapping.

She quickly went viral, with one tweet of the video gaining more than 123,000 retweets. 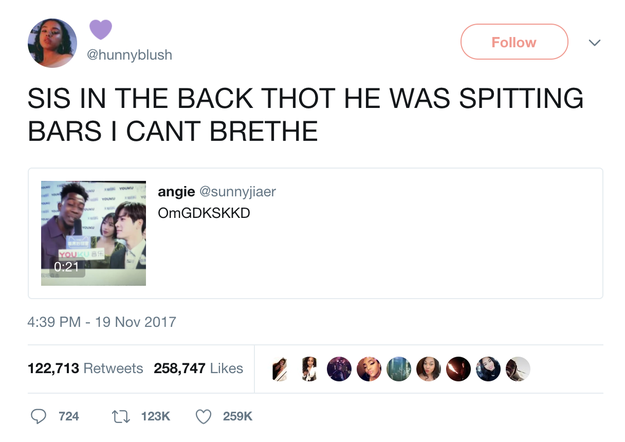 Oh and in case you were wondering, the woman is Chinese TV presenter Wenya.

Wenya told BuzzFeed News that she hadn’t really been paying attention to what Desiigner was saying, but just thought that he had a lot of rhythm when he was talking.

“It was my first time attending the AMAs, and I was really excited because the red carpet felt like one giant party,” she added.

Wenya said that she hadn't really heard of Desiigner before but will now take the time to listen to his music “because his rhythm is just too good.”

She said that it was surreal to find out that she had gone viral in the West, but was happy to bring joy to other people.

“I hadn't realized that my dancing looked so funny, and it was completely off beat too,” she said. “I need to practice.”