Alexis Elliot, an 18-year-old from Ohio, was given a huge responsibility this holiday season, to set up her family’s elves one night. She told BuzzFeed News that her parents were out of ideas, “So they said I could do it.” Crystal Elliott said that her and her husband, James, had passed the task on to their daughter, following failed brainstorming, which included a Pinterest search. 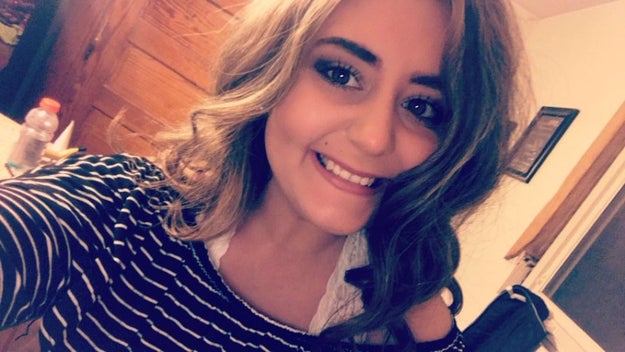 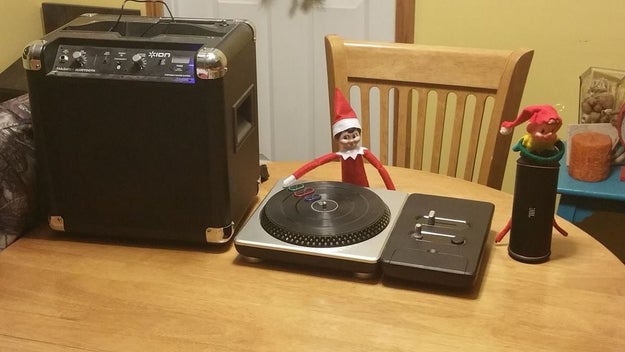 “We have the three elves,” the mom told BuzzFeed News. “We have one for each one of the kids.”

For the last few years, every night from the first of December through Christmas, the parents have set up the elves in a new spot, typically leaving notes with them.

She said that they continue the tradition, because “Everyone just gets a kick out of it.” Adding that “It’s funny to see the kids’ reactions.”

From the very beginning their elf, Buddy, has been mischievous, according to Alexis’s dad. Here he is trying to hot wire the family’s Corvette. 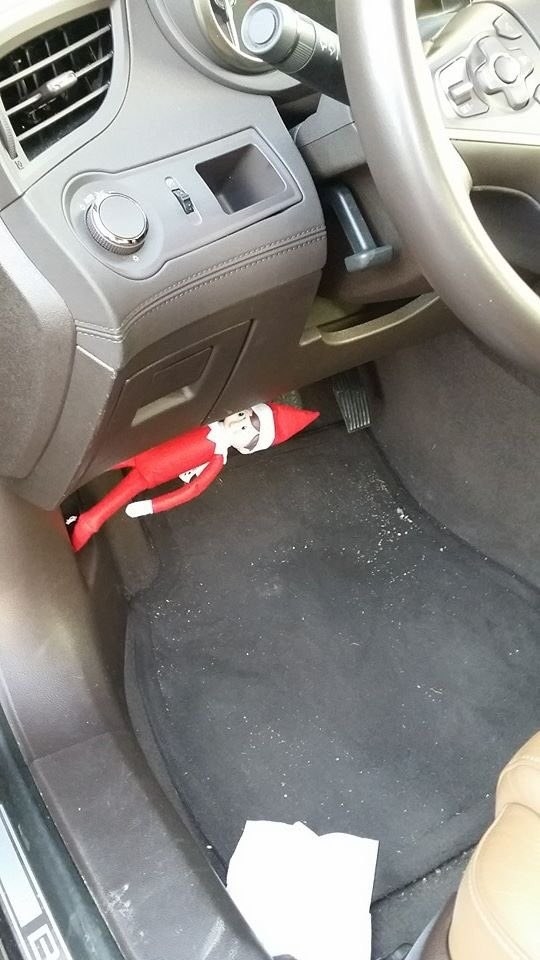 This is what Buddy “had to say,” the night Alexis was in-charge. 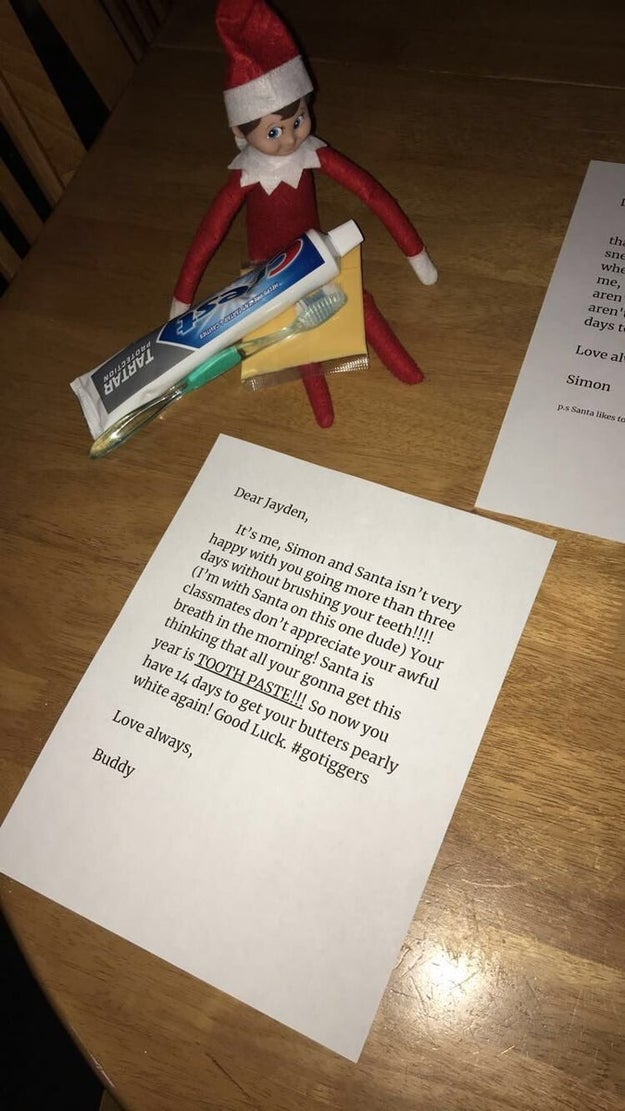 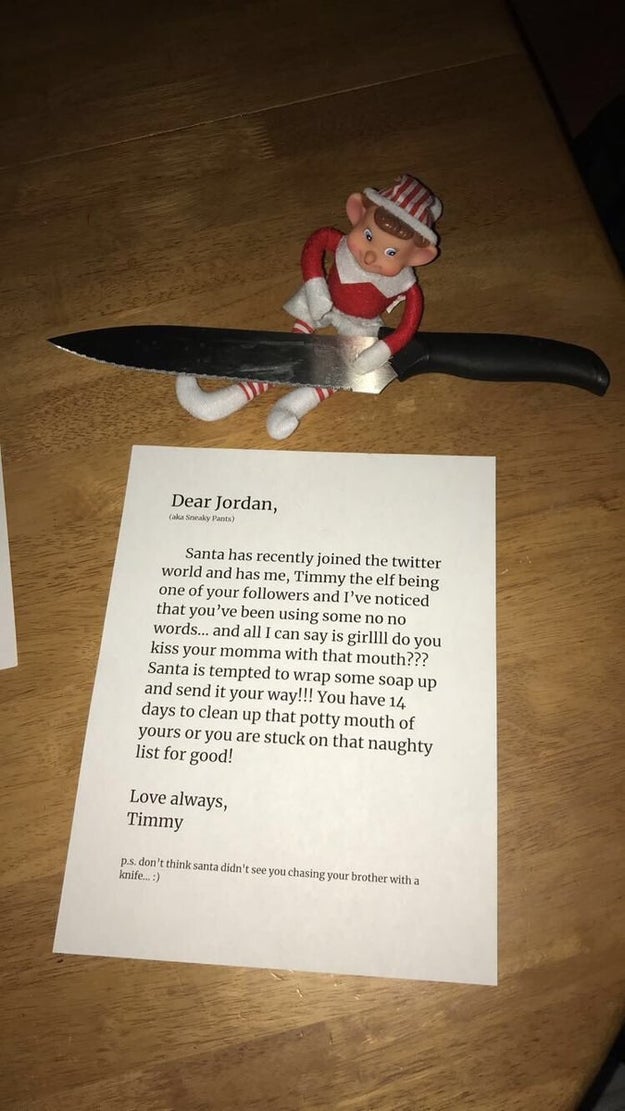 “p.s. don't think santa didn't see you chasing your brother with a knife…:)”

And last but not least, Simon:

The mom said that the accusations were valid. “Yes, unfortunately true,” she said when asked if they were legitimate, mentioning that the notes contained some element of exaggeration.

Luckily, the daughter faced no punishment for her take. “I thought it was awesome,” her dad, James Elliott, told BuzzFeed News. “Like she said, we have a sense of humor.”

“We were dying,” the mom said of the notes. The father said that he may try to one-up his daughter's notes, and noted that he's in a better position to drag his kids, considering that he's their father, and therefore has a cache of possibly compromising memories.

“Since they're my children I have a lot of information,” he said. “I can dig up stuff from the past.”

However, the mom doesn't think the two of them will be able to top their daughter's work.

And people were fans.

Congratulation on your award, Alexis.