Did Troy’s date deserve better or is everyone “overreacting”? What’s the new social, textual etiquette??

25-year-old Troy G. from Washington DC has the internet feeling all kinds of ways over an old text exchange with a woman who had asked him out to dinner. He made the fatal mistake of responding in a series of “OK” texts, according to some passionate netizens. 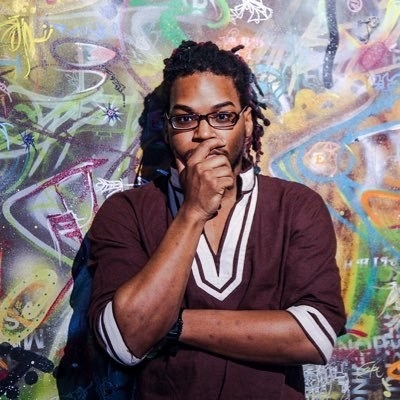 The texts actually took place in July but it is still going viral— mostly for its reactions.

Troy told BuzzFeed News he's well aware of the attention but he muted the thread 20 minutes after tweeting it out at the time.

Basically, in July, Troy woke up to a text from a woman he’d been seeing casually asking him to dinner that week — her treat. His blasé “Ok” response launched them into a conversation about tone, and ultimately led his date to retract the offer. 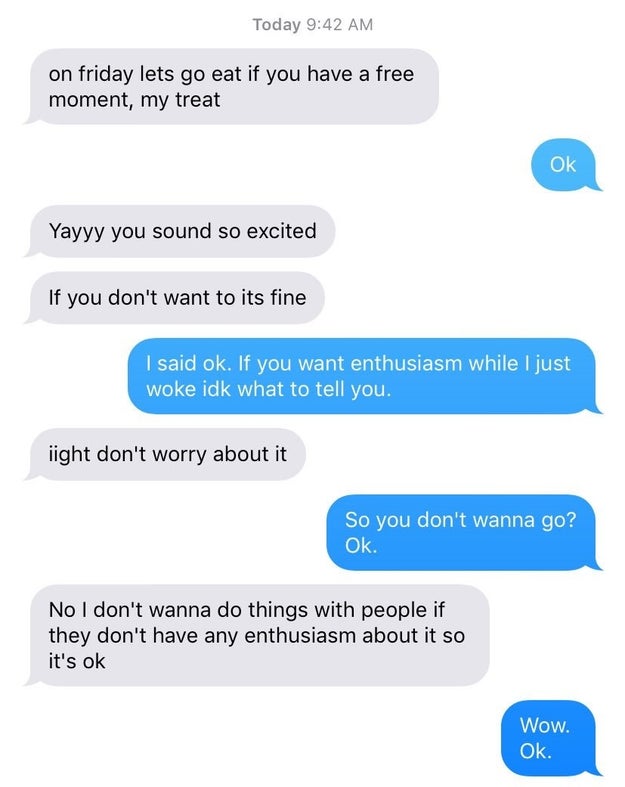 “It was 9 a.m. so I responded with one eye open but I accepted nonetheless,” Troy said.

He wanted to clear up that he fell back asleep for two hours during the time his date followed up her sarcastic “you sound excited” text with a text that read “if you don't want to its [sic] fine”.

“I told her that if she would’ve called me that conversation would’ve been a lot quicker and easier cause that same 'ok' would’ve happened but she would’ve heard the tone,” Troy added.

Hernandez explained to BuzzFeed News that something like “matching excitement” over text is that serious. 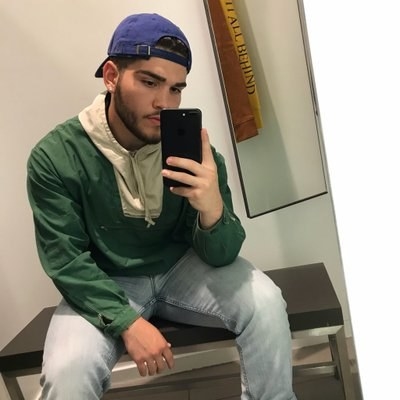 “If they don't match my excitement then it goes to show they don't see us going that far into the future as I do and I would have to start re-evaluating what we are,” he said, talking about his own relationship with his significant other.

People are so passionate about it that they have even taken to direct-messaging Troy. “To all the people who felt how I felt in that it wasn’t that deep: you are 100% correct that it wasn’t,” Troy told BuzzFeed News. “I will admit that I could’ve waited [to respond] though.” 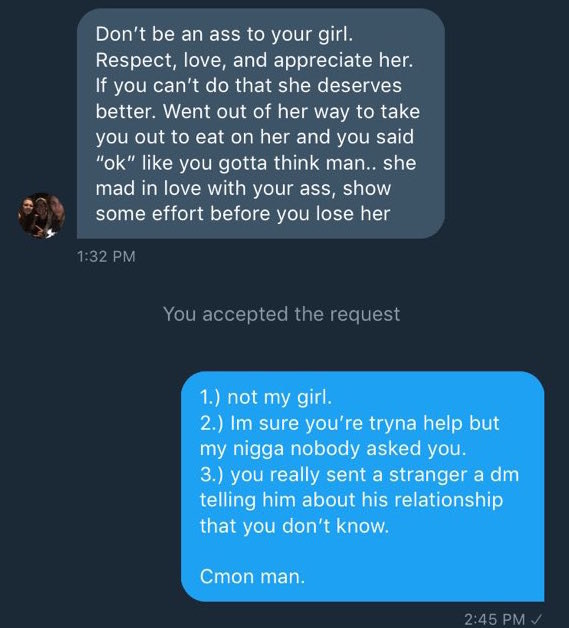